Mindfreak's BuZZO on their team chemistry: 'We literally know each other like the back of our hands'

Mindfreak have given real meaning to "the thunder from down under," maintaining first place in almost all competitive ANZ events since their current roster formed in 2014. They've proven they're a team to be reckoned with across all regions, especially after their sixth place finish at CoD Champs 2015.

Now, with the same roster and even more experience, the team heads back to Champs this September, setting fans up for a wild event. theScore esports caught up with Mitch "BuZZO" Mader and Denholm "Denz" Taylor from Mindfreak to pick their brains about their group play opponents, the team's dynamic and their journey to Champs.

What has the journey been like playing with the same teammates for so long?

BuZZO: As a team of four, we have been together since the start of Advanced Warfare, which I believe is the longest standing team currently in the world. The journey has been one hell of a ride so far.

We hadn't really been able to unleash our full potential until last year in Advanced Warfare, due to Fighta/Shockz being underage for the years prior. Besides that, I have pretty much grown up with Shockz and Fighta. It's quite remarkable to think we have known and played with each other for a quarter of our lives.

Denz: It has been like a rollercoaster ride, with many ups and a few downs. The other guys have been together for so long that when I came into it, I was taking a backseat, and then became accustomed to the style the team works in.

When in-game, we’re always trying to accommodate each other’s playstyle and put any negatives behind us — we’re very critical/self-aware of mistakes, which has helped us in overcoming any problems. All in all it’s been good, and I think that comes down to us having the same goals and the same mindset in-game and out-of-game.

Mindfreak has placed first across AU events for the past few years, with a few hiccups here and there of course. What do you think sets your team apart from the other AU CoD teams?

BuZZO: I think what sets our team apart is that we have been all teaming now for so long that we literally know each other like the back of our hands, which is sometimes a blessing and a curse. We know how everyone works on a level inside and outside of the game, which helps us to just gel that much better.

One of the main attributes that sets us apart from the rest is that we are friends before the game then teammates. We aren't being forced to like someone because they are good at Call of Duty.

You’re in Group C with Luminosity, FAB Games and Chiefs eSports at Champs. What are your predictions for how the group play will pan out?

Denz: This isn’t “the pool of death” in terms of stacked T4 teams, however I definitely think this [group] has the potential for any team to make it out. Obviously I believe we can make it out, but I’m sure that’s what everyone else is thinking. At the end of the day, it’s just whoever plays better at the time.

BuZZO: Having a fellow ANZ team in our group is a very strange feeling. Never once have I had the privileged to play a team that I know so well on such a big stage.

I'm going to say first and second in our group will be between us and Luminosity. They are an amazing team, but we feel like we match up pretty well against them. FAB are also a very strong team, and we won't be sleeping on them at all.

Chiefs we beat pretty comfortably during our first round at the Season 2 finals, but that doesn't mean anything. They can come out and play very well and potentially play to counter us, since they have played against us for the whole year.

To throw it back to last year’s Champs when your team placed higher than NA heavyweights OpTic Gaming — how did that feel for you guys?

Denz: It felt alright. They didn’t have their best event, and to be honest that’s the beauty of Champs. Any team on their [A-game] can win. Who would’ve expected the T8 last champs? Probably no one.

Although we placed higher than OpTic, we were definitely disappointed in our end result knowing we could’ve gone further had a few things went our way, but we had to deal with it and move on.

Are there any teams in particular you’re hoping to face off against at CoD Champs?

Denz: Not really. I mean this year's Champs is stacked with the best teams worldwide, and with more spots for NA and EU, every game will be important and difficult.

The main teams you’d want an opportunity to face would be the best teams, because you can get a sense of where you stack up and what they do better. Teams from NA like OpTic, nV, Rise, FaZe and eLevate would be cool, and EU teams such as Millenium, Splyce, Infused, HG, Epsilon and FAB. However there are plenty of quality sides, and underestimating any will find yourself in trouble.

BuZZO: Not really, whoever comes our way. I guess the saying is true for events like these — to be the best you've got to beat the best.

Olivia Da Silva is a news editor at theScore esports. She likes piña coladas, getting caught in the rain, and dank no-scopes. Feel free to follow her on Twitter. 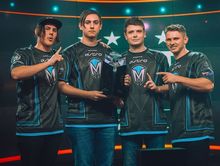 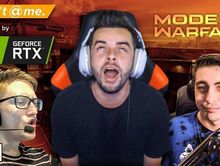 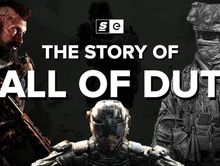 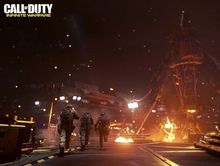 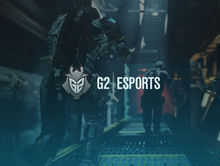