TyLoo have won the PGL Asia Minor Championship by defeating the Detroit Renegades 2-0 in the Grand Finals on Sunday. TyLoo took home $30,000 while Renegades took $15,000, but both teams have earned a spot in the ELEAGUE Major closed qualifier Dec. 15-18.

TyLoo topped Group A after demolishing nxl 16-1 on Mirage and MVP Project 16-8 on Dust 2, but they lost 2-0 to long-time rivals VG.CyberZen in the semifinals. Down but not out, TyLoo swept MVP Project 2-0 in Loser's Round 1 and got their revenge against VG.CZ in the Loser's Finals, defeating them 2-1 to secure their closed qualifier seed and advance to the Grand Finals against Renegades.

The match opened on Renegades' map pick, Train, but it was TyLoo who took a strong first half at a 9-6 scoreline. The second half was a neck-and-neck race, but TyLoo had the edge from the first half and closed the map 16-13. Next up was TyLoo's pick, Mirage, but it was Renegades with a strong 9-6 half on their CT-side. Luckily for TyLoo, their CT-side was much stronger, and Renegades could only muster three rounds before the Chinese squad won 16-12.

Hui "DD" Wu topped the charts for the team with an average 1.15 HLTV player rating across the entire Asia Minor, but he was only the fifth-highest rated player of the tournament. Ke "Mo" Liu followed close with a 1.12 rating, while Haowen "somebody" Xu and Yulun "fancy1" Cai had 1.08 ratings and YuanZhang "Attacker" Sheng had a 1.02 rating. No player on TyLoo fell below a 1.00 rating; winning the event was truly a group effort.

With the completion of the Asia Minor, here's what the team list for the ELEAGUE Major 2017 closed qualifier looks like:

The next Minor Championship will be in Europe on Nov. 4-6, followed by the CIS Minor on Nov. 11-13 and the Americas Minor nearly a month later on Dec. 3-4.

The ELEAGUE Major closed qualifier kicks off on Dec. 15-18, and the Major itself will be on Jan. 22-29 at the Fox Theatre in Atlanta. 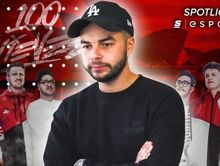 9d ago
Counter-Strike: GO
The Criminal Origins of CS:GO's Most Controvers...

2 months ago
Counter-Strike: GO
EliGE Exposed the Most Toxic Team in Counter-St...
Advertisement