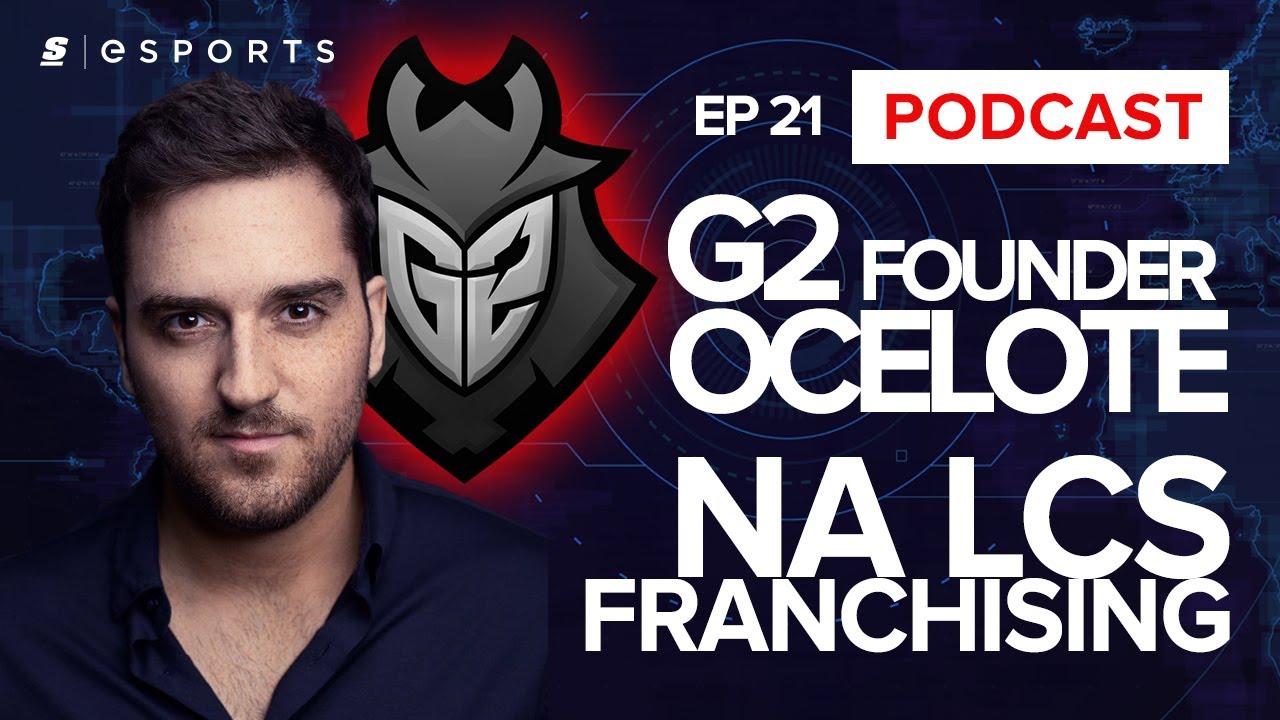 Ocelote on whether franchising could bring G2 to NA: 'I will not mindlessly stay in Europe for the sake of Europe. I will just [pick] whatever is best for my company'

The former SK Gaming mid laner appeared on the theScore esports Podcast Tuesday to talk brass tax about LCS franchising, why Riot needs to be more "Machiavellian" and whether or not the Overwatch League's reported $30 million dollar price tag is worth it.

"I was going to say that there's a way in the middle, but with those franchise prices, it's either going to be a killer or it's going to kill you," Ocelote said. "I think that it has a chance to succeed. I think if Blizzard listens to, which they are, listening to teams such as ours, teams that are considered industry leaders and can see where trends are heading, I think they have a good chance of succeeding."

Despite his optimism, Ocelote said the Overwatch scene is still held back by a problem that's been plaguing it since its inception: the viewing experience.

"As things are right now, people don't like the game to watch it," Ocelote said. "Some of the best tournaments out there have 15k concurrent viewers. I can probably go and stream chess online and have around the same viewership today. And I just don't think that the game is in a state that everyone likes, from a viewership perspective, although I do think that there's a chance that they improve. And all the teams are essentially waiting for that."

On the topic of League of Legends franchising, Ocelote said that he doesn't think the top-tier teams, or their fans, have much to worry about.

"I think that if you look at franchised and non-franchised systems, both of them are actually pretty similar. Most of the fans, lets say 80 or 85 percent of the fans, are all among the top teams. And the top teams will not go down in the league in any way, so at the end of the day there's not much of a difference because the top teams will always keep competing against each other and the chance of a top team going to the second division is almost nonexistent. With that said, I don't think that Europe hates franchising. I just think that Europeans, just like North Americans, like to be entertained, and they will be entertained regardless of them being franchised or not franchised."

While the franchising of the NA LCS is underway, Riot has made no announcements regarding the future of the EU LCS. According to Ocelote, if the EU scene continues its downward slide, he has no qualms about making the jump across the pond.

"You never say no to anything, right?" Ocelote said. "Only Sith talk in absolutes right. There's a chance for everything. I just never want to leap into the swimming pool without knowing everything from each system. With that, I also mean that I will not brainlessly or mindlessly stay in Europe for the sake of Europe. I will just [pick] whatever is best for my company."

Though if the EU LCS does have a future, Ocelote says it's necessary for Riot to take a more hard line stance on teams that fail to find success.