Astralis Xyp9x: 'We still don't know if dev1ce will be ready for the Major'

Despite their strong start to the year, Astralis have struggled in the back half of 2017. The team has been hit by inconsistent results, coupled with medical issues that have taken Nicolai "dev1ce" Reedtz out of commission at least until the Major.

Editor's Note: The following Q and A is a transcript of a press conference ahead of the ECS Season 4 Finals, which included several members of the media, including staff from Unikrn, Dot Esports and Newsweek's esports vertical Player.One, alongside theScore esports.

The only teams to have beaten you in the grand finals you've reached this year are FaZe Clan and SK Gaming. Given both of these teams' absolutely astounding performances in 2017, how does this make you guys feel since you started off the year as the de facto best team in the world?

Danny "zonic" Sorensen: The competition is obviously really tough at the moment, and SK and FaZe are probably the two best teams in the world right now. We had a good start to the year, and I think up until the Major, the second Major in Kraków, I think we had a satisfying year. Then, a combination of bad luck in terms of dev1ce becoming more and more ill, had [an] effect [on] our fall in 2017.

And then yeah, obviously SK and FaZe have been dominating at some point, but you still see a lot of different teams winning tournaments, but they are definitely the two best teams in the world right now, It sucks to lose to them, but hopefully we can get a good long break and then discuss 2017, because I think we have a pretty good idea of what we need to change in order for us to play more consistent throughout the new year and not just peak in the beginning.

Did you use a different approach of adapting to RUBINO's playstyle at the Pro League finals in contrast to how you used dennis at BLAST?

Peter "dupreeh" Rothmann: I guess that the most important factor is that Dennis and RUBINO are two different players, they have two different ways of approaching the game and how to play it. I don't think we approach it different in terms of how we went through our strategies with each player and how we prepared. The thing that helped us at BLAST Pro was that we knew the vetoes from the beginning. We only played two maps instead of when we went to the ESL Pro League finals because we did the vetoes on point. So the only thing I think we changed was basically was that we knew they were two different players and that they had to fit into the team in different ways. We've told both players that they should do whatever they feel like and want to do, because it's better to have them in their comfort zone for as much time as possible, instead of forcing them to play a role they don't know.

But both players have done great in my opinion in terms of fitting into the team and trying to adapt their playstyle, in a supportive way and how we play as a team and how they can contribute something, but we have also tried to adapt to their playstyle and see how they can do so. Overall I think it's been fun trying to play with other players, but obviously having a full and consistent roster was what we are aiming for, so I think everyone on the team is looking forward to that, but we gotta make the best out of everything, and that's what we are here to do.

Many feel that the stand-in situation at the upcoming Boston Major could diminish a win there. Given how you guys used a stand-in at previous Majors and with dev1ce dealing with his injury, what are your thoughts on this perception?

Andreas "Xyp9x" Højsleth: Yeah, so, obviously a lot of people have stand-in in the teams and we still don't know if dev1ce will be ready for the Major, we surely hope and it looks like he will be ready, but there is a slight possibility he won't make it. But overall I think it takes a lot of hype from the tournament, that not everyone is playing with their up-to-date roster, that they actually play with day-to-day, so I feel like it's not a situation which benefits anyone, but yeah, I think it will be a great Major anyway.

The Major format has been changed and the qualifier teams now get stickers, how do you guys feel about that?

Markus "Kjaerbye" Kjærbye: I'm not sure how to feel about it since it was just changed a couple of days ago, but it feels like a weird way to do it, really close to the Major, after the minor has been held to do it this way. I'm not sure if I understood it 100 percent correct.

It seems like it's easier to get to the Major, it doesn't come down to the stages in my opinion, it's more about when you have 24 teams in the world, you have to figure out a system to get the 24 best teams to compete, and right now you still have regional qualifiers from Asia and CIS and Europe split up, so I think that's a really huge problem, especially to change in the middle of the process the Major cycle, and the same comes down to the situation with boltz and SK, stuff like that. It's something that really has to be fixed for the next Major, months before. The whole system behind it is out of date at this point.

With dev1ce being unable to play, how does that affect your team practice? Do you still regularly practice or has it become less frequent lately?

LuKas "gla1ve" Rossander: We still regularly practice, but we maybe don't practice as much one the days that we normally do practice. So we skipped a couple of hours in there, just to reset our minds after ESL Pro League I think some of us needed some days off, especially me [laughs] I believe. So we tried some different things, we also tried with zonic doing a little more of the in-game leading when we practice, just to give me some breathing room and think about new ideas, that has been working out really great. So I hope that we'll show some new results at this tournament right now.

Has changing around the in-game setup in the absence of dev1ce given you ideas on possible things to change once he returns? Such as handing dupreeh the AWP more frequently for example.

dupreeh: I don't think we have discussed the future of it, I think the reason why I decided to pick it up was mainly because I was playing the secondary AWP the majority of the time in the team and I feel like I was the guy that maybe was to convert the most natural. I was just being tough, going up against the best AWPers in the world in latest matches we've played and the fact that you have to a complete different mindset when you get into AWP duels and how you want to play the AWP. So, I don't think we've discussed what is going to happen in the future, I think time will tell, right now I guess we'll just play as we've done at the last couple events, and I'll just stick to the AWP until we find a solution and when dev1ce comes back.

From my personal perspective, it's really fun to try AWPing. It's definitely something that I thought was a lot easier than it actually was. I still have a lot to learn if it ends up that I'm going to play as the primary at some point. If it's not going to end up me playing in primary, I've learned a lot how to deal with AWpers just as a rifle player, but also it's given a lot of credibility and a lot of experience when I have to play it as a secondary. In hindsight I think I'm benefitting a lot from this situation despite actually having to play different role and going up against the bet players. It's been tough, but it's been refreshing to try something new.

Looking at the recent changes to include 24 teams at the Major, do you feel this devalues the accomplishment of qualifying? Do stickers hold less value?

dupreeh: Regarding stickers, in some way I think stickers in general dropped in value quite a lot since the last couple of Majors. Obviously it's something unique to have your sticker and your name inside the game and the fact that you have 24 teams at the Major, and I haven't been going into the majority of the details of the new things that Valve has been putting out, but in general I feel like 24 teams seems like a lot, and also, it's always been unique qualifying for the Majors, it's always been a relief once you got out of groups at the Major so you automatically qualify for the next one. So the feeling that you have 24 teams right now, it seems like everyone can qualify for the major right now and I think that's a little bit sad in some way.

Dennis "Tarmanydyn" Gonzales is a news editor for theScore esports who enjoys whiskey, D&D and first-picking a silenced Cavity 9mm Ryu Bounty Hunter Dual Berettas a Tractor Cannon. You can follow him on Twitter. 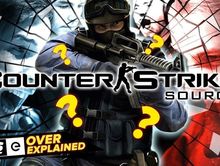 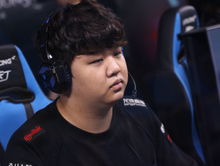 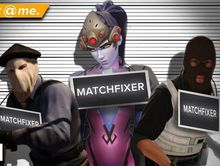