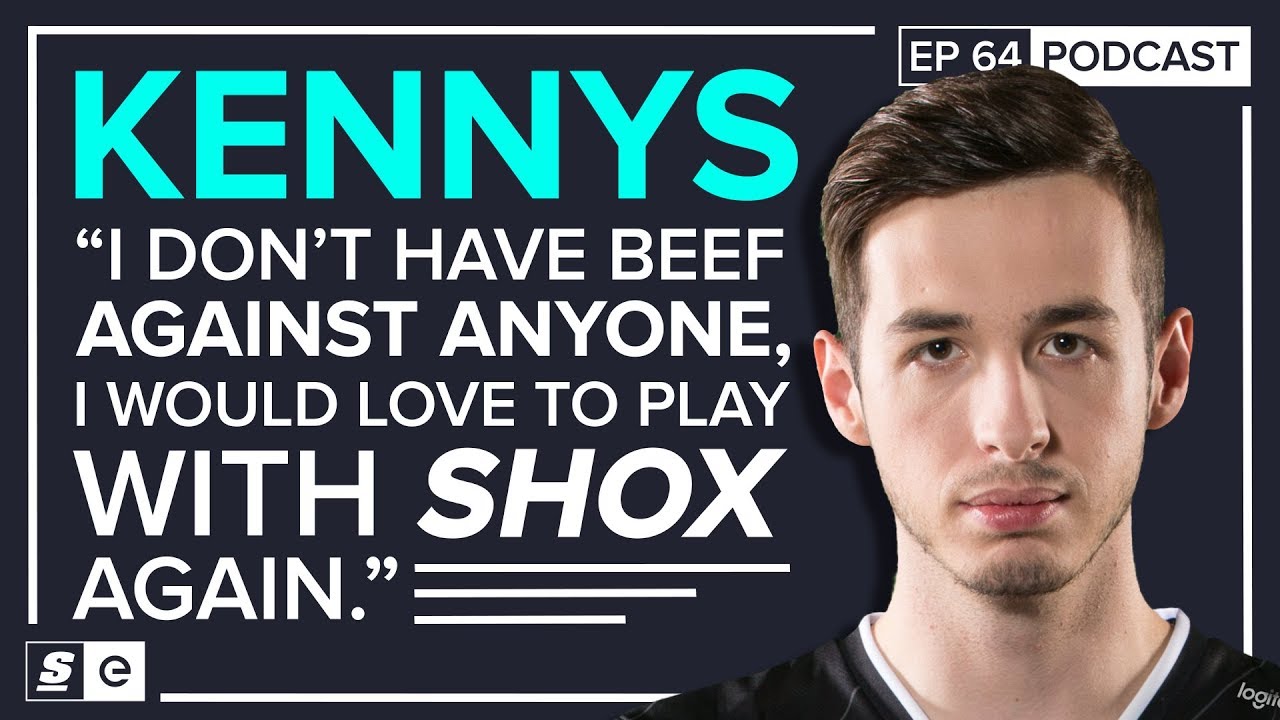 kennyS: 'I don't have beef against anyone. I would love to play with shox again'

Kenny "kennyS" Schrub is one of the best AWPers to ever play the game. With an already storied career at the upper echelons of the Counter-Strike scene, he's poised to compete at DreamHack Marseille with a newly shuffled G2 Esports roster.

Ahead of his games in Marseille, kennyS spoke with theScore esports Podcast about G2's new roster going into Marseille, how he felt after the 2015 AWP nerf, and his thoughts on SK's recent roster shuffle.

With long time IGL Richard “shox” Papillon recently stepping down and Oscar "mixwell" Cañellas Colocho stepping in, kennyS provided some insight into a modified roster that will make its LAN debut in Marseille.

“Well so far we are pretty satisfied. Let’s be honest I had a choice to make like a month ago. And I would say that my choice was not the NBK- project direction. But I always knew NBK- had the guts and the talent to be an in-game leader,” said kennyS.

"Sometimes you don't have to think about just yourself. There is a lot of things I wanted to take into consideration. I also didn't want to necessarily kick players like NBK- for example because to me he's one of the best players in France. I think he deserves a chance to do what he wants. I think he has a lot of great ideas, as I said earlier," he said.

“I’m not sure it would work out at the end or whatever, but I trust him at 100% and let’s say that so far we’ve been pretty satisfied about what he does.”

kennyS explained what he found attractive about shox's ideas for the team.

“And Let’s be honest, I wanted to play with shox, SmithZz, and Ex6TenZ. Especially for many reasons, I felt like shox project had more currency, I also felt like shox was not meant to be a leader. So making him a player would make him like more impactful I would say,” said kennyS. “I also really want to play with Ex6TenZ because [I was in] my prime with him. It was my highest peak,” he said.

For fans who waited so long to see kennyS and shox play together, only for the superteam duo to split up, you never know what the future holds, said the phenom AWPer.

"I don't have beef against anyone," kennyS said. "I would love to play with shox again but for now I think I'm just going to say, 'let's see what the future holds' and let's see what it's going to be after the tryout period with the team right now. But so far I want to be involved in my current team as much as possible and make sure it works. And if it doesn't work, it doesn't work."

Marseille will be the first offline event for the new G2 roster, and kennyS says expectations are high for the squad.

“To be fair, we [are] aiming for at least the semifinals in DreamHack Marseille, especially because that is on our home soil. Our group stage will be super tough and this will be a really hard task to go through,” he said. “But I believe we can do it and yeah like our expectation is to semifinal at this.”

G2 won’t be the only team showing off a new roster at DreamHack. Cloud9, Team Liquid, and SK Gaming all have new additions to test. SK's latest changes were arguably the most radical of the recent shake up and kennyS was not shy with his opinion on the situation.

“I think it has been a little disappointing to me to see that. SK has always been an example to everyone in CS. Especially because they were giving the picture of being so close to each other and solving issues together and not giving up,” said kennyS. “Asking so many international players to join SK seems to be, like, I don’t know. It has been quite disappointing because... let me think... like it is like an admission of weakness to me.”

Notable in the SK roster shake-up is the departure of TACO and acquisition of Stewie2K.

“I think it’s a little bit too early to say that it’s going to work or not. I think Stewie2K is an amazing player, I really like him, I’m really happy for him, but I just wish him to be successful,” said kennyS. “But that was quite surprising for everyone because that’s not the SK we know.”

On a more individual note, kennyS shared some of his practice habits as player, noting how hesitant he is to tweak or change in-game settings or habits.

"I actually have always played [death match]," he said when asked about his practice habits. "And I'm the kind of person that doesn't like to change his habits. For example even in-game I never change my settings. I'm using the same settings since Counter-Strike: Source, almost, like most of it. I barely change. I don't like to change stuff. I think when something works I just keep to it."

Alex Debets, Josh Bury and Dennis Gonzales are news editors at theScore esports. Colin McNeil is a Supervising Editor. You can follow them on Twitter.

10 months ago
Counter-Strike: GO
kennyS is Back: How Foreign Blood Brought G2 to...