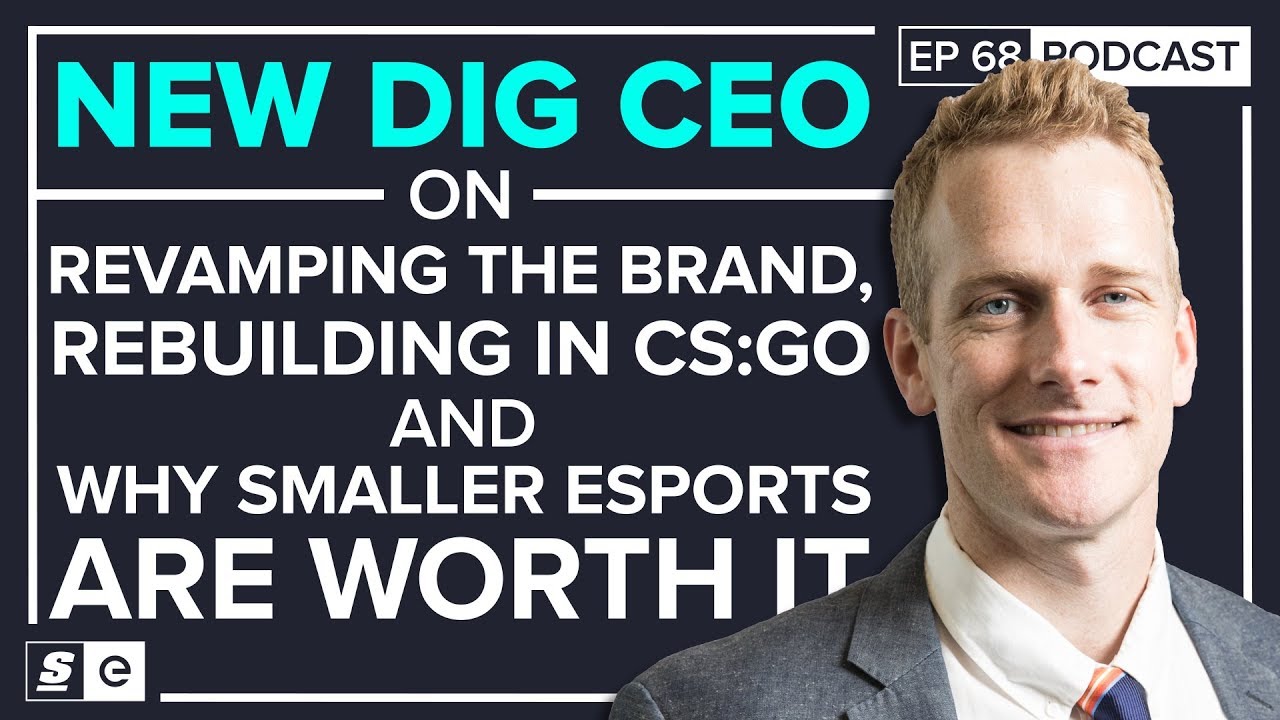 New Dig CEO on returning to CS:GO: 'You're either going to come in and try to buy the best team in the world... or you're going to look to develop and nurture talent'

Michael Prindiville is now the CEO of one of the most storied esports organizations in the world. However, with no spot in the recently franchised NA LCS, a newly reformed but struggling CS:GO roster and no presence whatsoever in Dota, the org has failed to make an impact in the top tier esports as of late.

Prindiville, formerly of NBC Sports Group, may be looking to change that. He has his eyes set on helping Dignitas become a championship caliber organization in multiple titles.

The newly-minted Team Dignitas CEO joined theScore esports Podcast to discuss his new role with the org and how he plans to make sure they "nurture, cultivate or even acquire" the best teams in each game they participate in.

Along with Prindiville's appointment, Dignitas announced the acquisition of Gale Force eSports' world championship winning Rocket League team. Prindiville said part of his focus will be on up and coming esports, like Rocket League, that are poised for success in the future.

"We're putting bets on esports that we think are growing and that will become tier one esports and that move with the Rocket League team was certainly a bet that we not only placed on the players, who we think are stars that can become major stars under the Dignitas label, but on Psyonix as well, who has done really well building out their esports scene and I think will continue to make all the right changes going forward ... to become a tier one esport."

Although focusing on up-and-coming esports scenes, Prindiville did add that they are "evaluating all of the opportunities that are out there," and that they would like to again compete in top tier esports like League of Legends, Overwatch League and even the recently announced Fortnite esports scene.

"We certainly have an incredible backing with Harris Blitzer Sports & Entertainment which is obviously the owner of the 76ers and the New Jersey Devils and the Prudentail Center ... so I think we bring an incredible history within esports and also we are one of those organizations that is incredibly well backed on the sports and entertainment side ... when people are looking at the esports face it truly is a confluence of sports, gaming, esports, technology, innovation. These are all things that are endemic to the HBSE brand and I think that's incredibly important and would be desirable to any league."

Team Dignitas' CS:GO brand has recently returned to the scene after a brief hiatus earlier this year and Prindiville spoke on the future he hopes to build with the new squad. Although the team was recently relegated to the Mountain Dew League, he said he still sees their Counter-Strike team as a top priority.

"We've made a couple of key adjustments there. We will be bringing in players that we thoroughly believe in and I think when you think about the strategy within Counter-Strike, I would say broadly it's two-fold. You're either going to come in and try to buy the best team in the world and spend an incredible amount of money doing that or you're going to look to develop and nurture talent and bring them along ... and that's the strategy that we're currently employing with CS:GO."

The newly-minted CEO said he's eager to get straight to work in building Dignitas into a massive, global brand, that can succeed in multiple titles.

For a brand like Dignitas, storied in esports but without recent success in top tier esports, reinforcing their existing fans and winning new ones is key, said Prindiville.

His stated strategy for connecting fans with the men and women who wear Dignitas yellow includes Reddit AMAs, live streams, Discord servers and "everything where we can directly connect with our fans," he said.

"It's a tough topic to tackle ... how you create loyalty to an organization, but I'm convinced it's by transparency and making them feel like they're a part of something bigger and that's what I'm fully prepared to make happen."

Jun 24
Counter-Strike: GO
What is a Skin? The Incredible Impact of Gaming...
Advertisement