For the first time in 14 months, Astralis are not the top-ranked Counter-Strike: Global Offensive team in the world.

With their win this past weekend at DreamHack Masters Dallas, Team Liquid have finally overtaken Astralis for the top spot on HLTV’s rankings.

Over the past 14 months, Liquid has played second fiddle to Astralis’ historic run to back-to-back Major titles.

Stanislaw steps down from Complexity

Complexity Gaming's IGL, Peter “stanislaw” Jarguz, announced via Twitter that he has stepped down from the organization's CS:GO roster.

By announcing the news, stanislaw confirmed a report from Dexerto's Jarek "DeKay" Lewis, which reported that stanislaw would be stepping down to make way for the talented up-and-comer Owen "oBo" Schlatter.

Prior to signing with Complexity, oBo has had limited professional Counter-Strike experience and despite Complexity stating that oBo is "Gearing up" for the ECS Season 7 Finals which kicks off on Thursday, June 6, it's unclear at this time whether or not the 15-year-old will face a trial-by-fire.

stanislaw spent little over a year with Complexity and before that garnered much acclaim during his time with OpTic Gaming, where he helped take down Astralis at ELEAGUE season 2 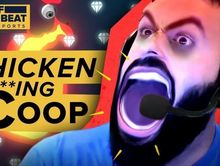 10 months ago
Counter-Strike: GO
The Controversial Loudmouth Who Became CS:GO's ...