Hiko confirms s1mple will leave Liquid after ESL One Cologne

Despite a stellar performance by Oleksandr "s1mple" Kostyliev in Team Liquid's historic semifinal win over Fnatic, Spencer "Hiko" Martin maintains that s1mple will not be rejoining the team's starting roster after the major.

"s1mple is probably one of the best teammates I’ve ever had," Hiko said in a Q&A with Pala "Mantrousse" Gilroy Sen on ESL's Facebook page after Saturday's match. "As far as individual skill goes I don’t think there’s a better player in the game that has as much skill as s1mple does. So it’s going to be sad seeing him go."

s1mple's spot in the team is set to be filled by Jacob "Pimp" Winneche, who left SK Gaming in June shortly before the team released its roster. "We have Pimp kind of waiting on the sidelines, waiting to come into our team," Hiko told Mantrousse. "So after the major we’re going to — at least the plan is to — play with Pimp, practice up, and see what we can do."

s1mple unexpectedly left Liquid in May after the MLG Major Championship: Columbus, saying he wanted to return home to Ukraine. Though he remained contracted with Liquid until July, he was given permission to play with Ukrainian squad Worst Players in several EU tournaments. This weekend he returned to play for Liquid as part of the roster that achieved Legend status at Columbus and was invited to ESL One Cologne.

RELATED: WATCH: s1mple with the clutch to end the half​

Hiko wrote about s1mple's departure last month, after Liquid brought on Josh "jdm64" Marzano and Jacob "Pimp" Winneche to solidify their new lineup. Hiko said s1mple had "lost all respect for the team."

Despite the previous friction, Hiko wished s1mple a fond farewell on Twitter.

Whether or not s1mple helps Liquid becomes the first North American ESL Major champions tomorrow, it's hard to deny that Pimp will have large shoes to fill. 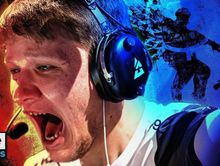 Apr 23
Counter-Strike: GO
A King Without A Crown: The Curse Of s1mple