Jacky "EternalEnvy" Mao has said he plans to form his own Dota 2 organization.

In an appearance on the HotPants! podcast hosted by Jake "SirActionSlacks" Kanner and Ken "Hot_Bid" Chen, EternalEnvy said that he plans to build his own team instead of joining a team with known players.

"I'll build my own team, make my own brand," EternalEnvy said. "This year I wanted to kind of play with these guys, instead of like, trying to play with known players that have already won tournaments and stuff."

EternalEnvy left Team Secret shortly after The International 2016, where the team finished tied for last place. As a member of Secret in 2016, EternalEnvy won MLG World Finals, the Nanyang Dota 2 Championships and The Shanghai Major. Yet by the time the Shanghai Major began, Secret was not confident in their ability to win tournaments.

"Shanghai Major, our team was dead," EternalEnvy said. "We weren't really dead internally, but we felt like we can't really win anymore."

But he credits the arrival of Theeban "1437" Siva from Digital Chaos as the reason why the team would go on to eventually win the second Valve Major, and said later in the interview that he was not confident in the roster without 1437.

"He coached us alot," EternalEnvy said. "We used his knowledge, it wasn't enough, but we learned through playing MVP. We built on it and he got better, we got better, everyone got better. And then we won The Shanghai Major."

After the addition of Saahil "Universe" Arora and Artour "Arteezy" Babaev, the team placed poorly at every LAN before the Manila Major, where Secret would subsequently finish in last place. EternalEnvy does not mince words when he describes Secret's performance at the time.

"Honestly, we were just really shit at Dota," EternalEnvy said. "We were just a shit team. We played so slow, none of our ideas were well structured for the game."

When Kanishka "BuLba" Sosale and Kurtis "Aui_2000" Ling joined Secret, the team's skill improved, though "internal issues still existed" according to EternalEnvy. While Secret qualified for TI6, the team fell apart due to lack of practice and new ideas.

"We kinda just stopped scrimming," EternalEnvy said. "We don't go to Nanyang because of some bullshit. We could've went, but we decided not to go because of some shit. We don't scrim for, like, three weeks, maybe a month."

Though EternalEnvy would not discuss specifics of his new team on the podcast, he will have to announce the roster before Valve's roster lock deadline on Sept. 18. 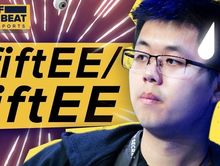