This will be the first land based LAN that Wings Gaming will attend after their win at The International 2016, as they are scheduled to play their first LAN of the season on the high seas as part of the Nanyang Cruise Cup. EHOME and Team Liquid have yet to play a LAN since they changed their rosters during the fall shuffle.

The three teams join Evil Geniuses, Digital Chaos, Alliance and compLexity Gaming, who were all previously invited to the event. Friendship, Dedication, Love also qualified for the BEAT Invitation after defeating Team NP 3-2 in the closed qualifier.

The Northern Arena BEAT Invitational will take place from Nov. 11-13 in Montreal, Canada, and will feature a $100,000 prize pool. 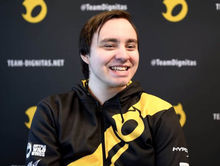