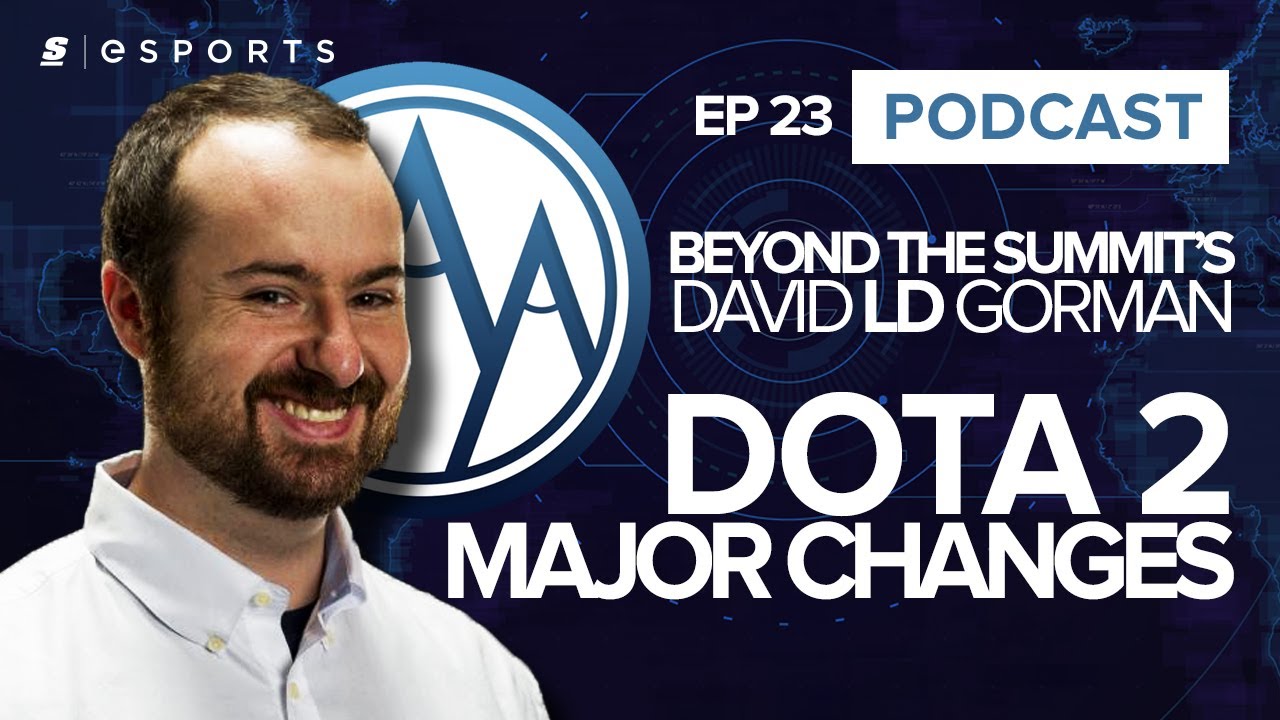 LD on Dota 2's new qualifying points system: 'There are a lot of opportunities for abuse'

2:34 LD on his gut reaction to the Major changes
6:40 Opportunities for abuse with qualification points system
14:51 Playing by Valve's rules
16:45 Minimum requirements for Major and Minor tournaments
21:30 Promoting and supporting third-party tournaments
25:10 Bringing back third-party compendiums
30:40 Franchising in other esports vs. Valve's system
37:08 LD's thoughts on the Valve system
45:15 Colin, Ryan and Dennis have awkward goodbyes

With Valve having announced sweeping changes to the Dota 2 Major system, increasing third-party support for tournaments and changing the ways that teams qualify for The International, theScore esports spoke with David "LD" Gorman to help break it down.

The Dota 2 commentator and Beyond The Summit co-founder joined theScore esports Podcast to discuss how the new Major and Minor system will impact third-party tournaments, the new qualification points system for TI, and Valve's approach to esports.

While details are still scarce as to what support Valve will give to third-party tournaments beyond prize pool contributions, LD believes that the announced changes are a great step in the right direction to revitalize the third-party scene.

"My initial gut reaction was very positive," he said. "I think it's pretty clear that third-party events have not had a clear place in the ecosystem ever since the introduction of the Major system."

"I think if done correctly, this is a way to give clear meaning to third party events," LD continued. "I think it's a good way to get more of the top teams participating in them. I think one of the issues Dota has had, that top 6-8 teams, especially in the West, have become hyper-selective over which events they play. Part of that is because these third party events are just so tiny in terms of prize pool and prestige relative to the Majors over the last two seasons, you don't see EG or OG, or even teams like VP and iG to some extent, as much as you would in the new system."

In addition to the Major changes, teams will qualify for The International 2018 using a new qualifying points system. Teams and players will earn points based on their performance in the Major and Minor tournaments, which will change depending on the prize pool of the tournament and how close they are to TI.

Importantly, only the top three players on each team will contribute to that team's point total, which raises the question as to how the roster lock system will function. LD thinks that there are a lot of opportunities for abuse in the new system, citing the loopholes that were found in the original roster lock system before Valve changed it as a past example.

"Specifically with the points system, it's less that the system is bad or that I'm cynical about it, it's that there are a lot of opportunities for abuse," LD said. "We kind of saw that with the original roster lock when Valve released the old Major system. There was just a roster lock deadline and that was the last day you could join a team, but there was nothing about a deadline for dropping players."

"There's probably loopholes and issues we haven't seen yet. It's hard to know what those loopholes will be, or potential complaints will be without knowing the system. We don't know how many points a Minor is going to get, how many a Major is going to get, how many of these tournaments there will be, how many points you need to get to TI, are there any other criteria. I know one of the concerns that I have with any qualifying points system is that you want teams to know how to get to TI, you also need to give them a reason to play throughout the year."

Not mentioned in Valve's changes are how third-party tournaments will receive support from fans. While third-party tournaments could receive crowdfunding in the past through the Dota 2 client, the introduction of Source 2 removed that feature. For Beyond The Summit, who utilized crowdfunding in the past, the changes meant that they received less support from fans as a result, which LD believes is a direct result of the lack of monetization options in client.

"The other thing that I think Valve could offer to third party events is to offer avenues for monetization," LD said. "It's pretty clear at this point that the majority of Dota fans are really eager to support tournaments they enjoy through the client. There's not really a whole lot of evidence that they will support tournaments through other means. So we tried to replace the old compendium crowdfunding with a partnership with Smash.gg for The Summit 6. There was a lot of things that we could have done better, but interest was very lukewarm. I think Dota fans generally, when they're looking at how to spend money and how to support tournaments that they enjoy, they are mostly looking through the client."

LD is still hopeful that Valve can offer support to third-party events, even if that support is just to help advertise tournaments. He believes that with additional support, larger companies could reenter the Dota scene and help to the grow the scene further.

"I hope that there's a way that Valve can offer some support to these events, help cover all of the other costs, outside of the prize pool," LD said. "That is the dream. Is it in there plans? I have no idea. But I think that will be a big factor in whether or not you see the likes of MLG and ESL or some of these other companies, really make a big jump back into Dota or if they're just kind of lukewarm and maybe trying it out here and there but not really committed.

"I still feel that CS:GO, overall, has the healthiest third party scene," LD said. "I think we've seen a lot of innovation come out of that. We've seen a lot more competition than if it's just a top down, you know, 'You have no choice but to consume our product because we're the NFL and this is the only way to watch pro football.' That's not the case at all in Dota, definitely not the case in CS:GO. I'm kind of hoping that this new Dota model blends with what's great about Dota and TI, with all of the other stuff that makes CS:GO great and having a very deep and vibrant third-party scene. Lots of room for companies to enter, lots of room for innovation and competition."

7 months ago
Dota 2
Best of The International 2019

7 months ago
Dota 2
What is Lakad Matatag? The Filipino Meme that H...

7 months ago
Dota 2
What is Techies? How EG Weaponized Dota's Great...