The groups for The International 2017 group stage have been announced, as Evil Geniuses faces Team Secret in Group 1 while OG and Virtus.pro square off in Group 2.

The group stage, which runs from Aug. 2-5, will feature a number of notable matchups. In Group 1, Team Secret will face off against Evil Geniuses, their rivals from across the Atlantic. Furthermore, Fnatic and TNC Pro Team will have the chance to prove which of the two teams will be king, as both teams have undergone some degree of rebuilding in the past few months.

Over in Group 2, OG and Virtus.pro will face off in a rematch of The Kiev Major Grand Finals in what is likely the most explosive series from this group. Meanwhile Cloud9 will play Digital Chaos in a bid to see which of these two NA teams is stronger before the main event, and Invictus Gaming will seek to prove that their recent decline has been stopped when they face off against Chinese rivals Newbee.

The 18 teams competing at TI7 have been divided into two groups of nine teams each, with each team playing every other team in their group in a best-of-two series. The top four teams in each group will advance to the upper bracket of the playoffs, while teams ranked 5-8 will move on to the lower bracket. The bottom team in each group will be eliminated.

Following the group stage, the TI7 main event will be held at KeyArena in Seattle from Aug. 7-12, with an over $23 million USD prize pool up for grabs. 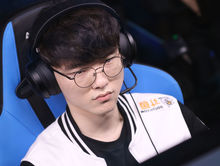 Aug 20
Dota 2
What is Lakad Matatag? The Filipino Meme that H...
Advertisement