Orange topped Group H in the Round-of-32 with wins against Jack "J4CKIECHAN" Hutton and Michaël "Maverick" Looze while Sjow came in second in Group F with a loss against Paul "Zalae" Nemeth and two wins against Portuguese player Nuno "ignite" Pinho.

The two shared a highly competitive group in the Round of 16, along with against Sebastian "Xixo" Bentert and compLexity's Tugay "MrYagut" Evsan. Sjow defeated Orange when they last clashed in the Ro16, though it was a narrow 3-2 victory.

Both had tight 4-3 matches in the quarterfinals, with Orange beating Janne "Savjz" Mikkonen and Sjow edging out Jan "SuperJJ" Janßen. Orange than dominated Millenium's Jérémie "Torlk" Amzallag 4-1 in the semifinals while Sjow went a full seven games against Jan "Ek0p" Palys.

Both players began the Grand Final with Pirate/Dragon Warriors, however Orange started out without any early Pirate cards and drew Patches, while Sjow was able to establish his merry band of Pirates early and control the game.

From there though, Orange won three games in a row with his Miracle Rogue, but Sjow narrowly staved off defeat in Game 5 with his Renolock. However, the victory was tainted by a missed lethal with Hellfire.

The final game of the series was a nail-biter as Orange was able to summon Aya Blackpaw on Turn 1 using both his Innervates and The Coin to push heavy damage in the early turns. However, Sjow was able to stabilize with Reno Jackson at five health while Orange regenerated his empty hand with Nourishes.

However, Orange's progressively stronger Jade Golems helped secure the game, as he staved off defeat with some strategic Swipes before using Feral Rage and Shapeshift to close the game. 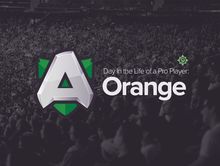 Aug 10 2017
Hearthstone
Pay-2-Win: How to make your own Hearthstone inn
Advertisement