This Week in Esports: HotS is relevant again, the IOC snubs esports and the Kiev Major is fire

This Week in esports is your definitive weekly guide to the biggest stories and controversies behind the latest esport and gaming headlines. This is everything you need to know about the week that was, but on steroids.

We’re starting this week’s article with some of last weekend’s biggest LoL news, and it has nothing to do with the fact that TSM won the NA LCS again or our very own report that franchising is coming to the NA LCS.

Instead we’re going to be highlighting the NA LCS’ biggest fan and newest-100%-totally-official mascot, Percival the Pigeon.

Did I just make that name up on the spot? Maybe, and if you have a better one then good for you. Give yourself a pat on the back and tweet it at me.

All kidding aside, I would have voted him as the season’s MVP over Hauntzer and Arrow. Real talk.

We're not going to spend too much time on this one yet because the tournament is still ongoing, but the Kiev Major is absolute fire. The Group Stage was thrilling and there have been very few matches that lacked entertainment value.

Valve has done a great job with their Major system across both Dota 2 and CS:GO and these tournaments have become essential viewing for any esports fan.

The tournament ends on April 30, but if you're looking for a few hype VODs to watch before then, make sure to check out Game 2 of EG vs. iG 's Group Stage match and Team Liquid's playoff match against Newbee.

You won't be disappointed.

I’ve made it very clear in past articles that theScore esports has a soft spot for Blizzard’s MOBA, Heroes of the Storm, and Tuesday’s massive 2.0 update served as a call to arms to head back to the Nexus.

There’s a lot of fun new content, like the additions of Genji and Hanamura, and the new loot box system is as addictive as it is in Overwatch. But the biggest thing that 2.0 has done for the community is bring a lot of people back to the game. That’s right, no more 10 min queue time!

So welcome back to relevancy old friend, fingers crossed it lasts more than a couple of weeks.

Esports may one day become an Olympic sport, and its potential inclusion in the international games has been a hotly debated topic over the past week thanks in part to esports’ inclusion in the upcoming 2018 and 2022 Asian Games. But despite the positive buzz that this news has received on my Twitter feed, International Olympic Committee president Thomas Bach does not appear to be as impressed with the idea.

According to insidethegame’s Nick Butler, Bach wasn't as keen on the idea as some of the 637 people I follow on Twitter.

"We are not yet 100 per cent clear whether e-sports is really sport, with regard to physical activity and what it needs to be considered sport," Bach said.

"We do not see an organisation or a structure that will give us confidence, or guarantee, that in this area the Olympic rules and values of sport are respected and in place, and that the implementation of these rules are monitored and secured.

"There is no International Federation that has the necessary authority to give this guarantee and to restrict these activities to the values of sport.

"I can only give you a very personal remark, but some of these Games are contrary to all our values."

It is worth noting that Bach reportedly said that esports' popularity is undeniable and is something the committee will keep an eye on, but still, what’s a guy gotta do to get esports recognized by the IOC?

The debate as to who is most deserving of the league’s MVP award has dominated most of the week’s conversation. On one hand you have a gifted player that helped carry his subpar team to a high playoff seed, while on the other you have a bonafide superstar and the undisputed best player at his position on a very strong team. To make sure that all sides are equal, we asked our very own Josh Bury and Gabe Zoltan-Johan to give us their take on the matter. Here’s what they had to say:

Bury: Oklahoma City is not the same team without Russell Westbrook — not even close. This roster is easily sub-.500 and would miss the playoffs without this man carrying them night in and night out. Seriously, how else do they win games? Right now he is his organization's meal ticket, and has shown that he is a dominant competitor.

Zoltan-Johan: Listen, James Harden may have a great team around him, but he’s the enabler for everything around them. He calls the plays, gives people the space they need to succeed, and is embedded in a system where he can either carry or give other people that mantle while he does the dirty work on offense and defense. Harden's competition in the point guard position has been steep, and yet he thrives and competes statistically in comparison to his peers.

The idea that talent doesn’t exist

Speaking on theScore esports podcast, Nash was very blunt as far as the concept of raw talent goes.

"I don't think talent exists," he said. "I think that talent is not predicated on some phantom predisposition of a person ... there's obviously physical prowess as far as sports go but I think that the amount of good that you are at a video game is the way that you learn that game and it's predicated on your hard work."

It’s an interesting, if controversial, take on the subject, but one that we’re unsure of all the same. Personally, I'm in the hard-work-trumps-all camp but I can understand the case of valuing a player for their raw talent either more than or as much as their work ethic.

Needless to say that this topic has been subject to much debate in theScore esports office over the past few week.

To hear Nash's full comment on the matter be sure to check out this week's edition of theScore esports podcast.

Call of Duty WWII was announced earlier this week, and we could not be more hyped for the franchise to return to its roots. That’s right, if the trailer (and title) is any indication then there will be no more jetpacks, wall jumps or Kevin Spacey in this game. Oh yeah, Nazi Zombies will also be back. 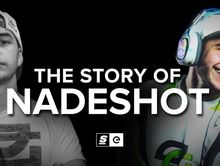 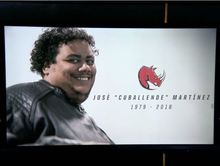