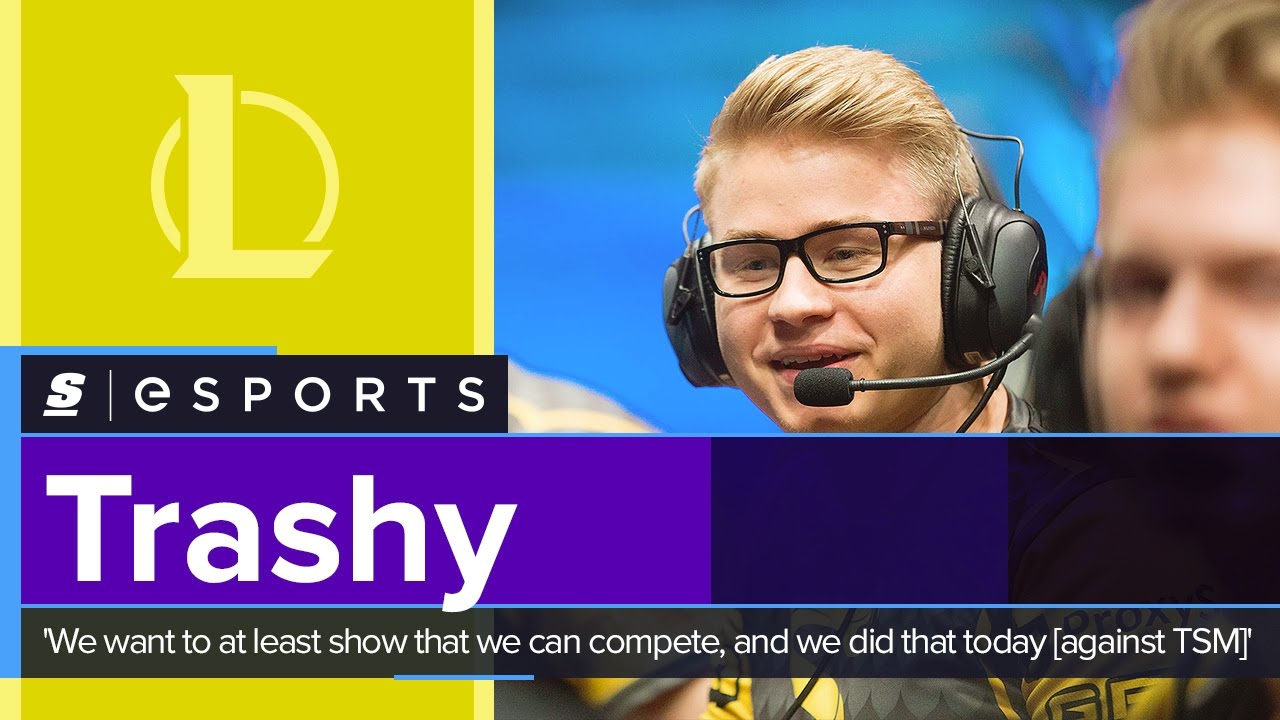 Trashy: 'We want to at least show that we can compete and we did that today [against TSM]'

It was a tough end to a rough week for Europe's third seed, as Splyce let an early lead slip through their fingers against Team SoloMid to finish the first week of action at the 2016 World Championship with a dismal 0-3 record.

After the match, Lisa Doan caught up with Jonas "Trashy" Andersen to talk about facing off against the stars of TSM, the struggles that come along with inexperience when playing against some of the best teams in the world and aiming to fix SPY's early game for next week.