G2 Esports have decided to make no changes as the 2016 League of Legends season draws to a close, opting to renew the contracts of their entire squad, including support staff.

Though the team struggled internationally, they had a very successful domestic year. Worlds and MSI results aside, the squad managed to take first place in the EU LCS spring regular season, spring playoffs, summer regular season and summer playoffs.

Unfortunately the top seed from Europe wasn't in top form headed into the World Championship group stage, where they managed to win just a single game against Albus Nox Luna, finishing fourth in Group A with a 1-5 record.

"It is both an honor and a pleasure to renew our commitment to this fantastic team," said G2 Esports CEO Rodriguez Santiago in a statement. "Both the players and the club are committed to turning the tables around and replicating our regional success internationally."

The full G2 Esports lineup is: 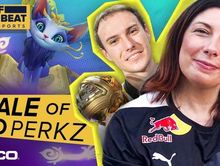