The four pros shared their thoughts on the Assassin reworks and the challenges facing young pros, and sOAZ, xPeke and Rekkles reminisced about their days playing together on Fnatic in 2014.

Reporter: The preseason brought a lot of reworks, [but] apart from Leblanc, Vayne and Katarina, the meta seems more or less the same. Do you like the meta right now, or do you want to see more assassins?

Xpeke: The thing is right now, the meta is more about these new assassins that were reworked, but since they are bad most of the games, it goes back to the control mages as well. So I like that you get to play both styles so much, and well, I think they have to nerf the assassins a bit. But it’s still more fun to play like this, because you have so many more options.

Reporter: The assassins, do you mean Leblanc, or anyone else?

Reporter: What is the feeling about three old Fnatic members playing together again?

Xpeke: It's really fun. Since the first moment, it's more chill. We've known each other for a long time, and and it's also a fun event, so there is not the stress of winning or losing. But I think for me, at least personally, I am enjoying it a lot because it brings good memories from the past. It's really cool to play with them again.

Reporter: Jankos, you are one of the most popular junglers in Korea. Being considered one of the best, what are your thoughts about this situation?

Jankos: That's very nice. I'm very happy that the people that I kinda look up to think that I'm that good. It makes me very happy. But at the same time, I believe that we have so many good players in Europe, in NA, in Korea and China, that for me it's about staying on top. It's not about how good I am right now, it's about how good I can be in the future.

RELATED: Jankos at All-Stars press conference: 'I do think Ryu was better, but I do think Fabian is more consistent'

Reporter: A lot of time people talk about talent not being able to prosper correctly. And a lot of times people, especially in the European regions, tell me it's due to the player. Especially the newer players, they are very cocky and arrogant. What do you think is the most important thing to develop talent?

sOAZ: I think obviously a good coaching staff is going to have the confidence to coach. But yeah, it's really important you have people that are going to be able to help, and go and be more mature. As soon as they leave home at 17 or 18, they don't really talk so much to their parents or anything like this, so they don't have these normal learning experiences. They just skip this path, so sometimes it's tough. But I think a good structure and coaching staff should help them.

Rekkles: I think having players that have been in the same shoes [helps]. For example, in our situation in Fnatic right now, we have Caps who just turned 17. Obviously It's tough for him to move from home and start a new life, so having players like myself, sOAZ, and Amazing, who have been in his shoes a while back, is definitely going to help him on his path. Because, for example, I know for myself, having peke, nRated, sOAZ and Cyanide back in the day helped me a lot to develop as a player much more quickly than others do. 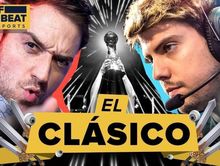