Bjergsen led the way for TSM throughout the entire series. In each and every game he caused problems for Cloud9 despite being the focus of their aggression for much of the series. His Kog’Maw in Game 2 specifically was a huge highlight for TSM. He finished the game at 9/0/6 and had done over fifty thousand damage, leading all other players in the game by a huge margin.

TSM opened the series by taking first blood with a four-man gank in the mid lane on Hai. Cloud9 did manage to kill the first dragon, but had to give up the second to Santorin and co., who were in control of the pit when the winged beast spawned.

Cloud9 were able to get on the board by killing Dyrus in the bottom lane, but TSM had taken down all of C9’s Tier 1 towers. TSM easily took the game’s third dragon, as Cloud9 opted to take the top Tier 1 turret instead of contesting the objective.

Neither team was putting out much in the way of aggression as both were rotating around the map to safely secure tower kills. In the first 20 minutes, eight towers had been destroyed while only three kills were scored.

Cloud9 closed the gap and forced TSM to contest them on Baron, a fight that  TSM after being hit by a five-man Sejuani ultimate.  Cloud9 then managed to score four kills off the heels of Meteos’ ultimate.

Following that fight, Cloud9 took the first Baron uncontested and used it to push down the remainder of TSM’s mid lane, as well as knock down their Tier 2 bottom tower.

Cloud9 closed the game out abruptly by grouping and pushing down the mid lane. TSM just could not defend against Cloud9’s beefy lineup.

Cloud9’s top laner, Balls, took First Blood on Dyrus in the bottom lane thanks to a gank from Meteos. TSM answered back immediately, however, when WildTurtle killed LemonNation to tie up the game. A trade in the top lane gave a kill to each team, making  Cloud9’s single dragon stack the only difference between the two squads at the end of the early game.

TSM took the second dragon of the game, but gave up their middle Tier 1 tower in order to secure it. Both teams decided it was time to pick a fight shortly thereafter, but TSM got the better end of the brawl, netting two kills for none.

That fight gave TSM enough of a lead to start putting on pressure as well as constrict Cloud9’s movement. Unfortunately for TSM, an amazing three-man Sejuani ultimate by Santorin could not finish Cloud9 off. Instead Santorin died along with Dyrus, while Cloud9 managed to barely escape with their lives.

Cloud9 reset and were able to take the all important first Baron uncontested. TSM secured the next dragon, but a quick middle lane push from Cloud9 knocked down their Tier 3 tower before they got back to defend their base. TSM chased Cloud9 while they retreated and managed to pick off two kills in process, which barely put them ahead in gold.

The next Baron forced yet another team fight, one that saw TSM both force Cloud9 into a bad engagement while securing the purple buff.

TSM’s lead had become too large for Cloud9 to overcome. Their final defense was easily pulled apart by TSM, who convincingly tied the series up at 1-1.

TSM kicked off Game 3 with an impressive counter gank in the mid lane to claim a late First Blood. They followed that up by taking the first dragon, which, in addition to their farming advantage, put them firmly in the lead.

Rather than going for kills, Cloud9 were keeping themselves in the game by taking down towers. Even with Cloud9’s three tower kills TSM was still leading.

Cloud9’s one advantage was quickly wiped away and they fell further and further behind. TSM were able to pick off a couple of Cloud9’s players when they overextended, which set up a good Baron chance. Sneaky and co. did their best to contest, but it was to no avail. They only managed to feed TSM a couple more kills and did not stop them from getting the Baron buff.

Cloud9 were behind in each and every way possible, and all TSM needed was one opportunity to close out the game. In their push to break Cloud9, TSM had mistakenly allowed Sneaky to push down the middle lane and take their inhibitor.

TSM did not let that phase them, as they reset and chose the bottom lane as the target in their second attempt. Cloud9 tried to force a fight, which ended in them losing three players and their Tier 2 bottom tower. It only took a few seconds for Cloud9 to make another questionable decision. They attempted to steal a Baron while Balls distracted TSM in the middle lane. The plan did not work. TSM caught them in the pit and killed them easily. Not only had Cloud9 gotten themselves killed, but they had given TSM a free Baron.

TSM finally had enough to end the game. They pushed into Cloud9’s base, easily taking the final fight and took a 2-1 series lead.

With their backs against the wall, Cloud9 opted to play with comfort picks with Hai playing Zed and Meteos playing Zac. They were able to kill the first dragon of the game by ignoring TSM’s push in the top lane, but unfortunately for them Hai got himself into some trouble and gave up First Blood. LemonNation followed Hai into the afterlife, giving TSM a 2K gold lead only seven minutes into the game.

TSM gave Cloud9 a couple minutes to rest, but then dove the middle lane and grabbed a couple of more kill, before finishing off the Tier 1 tower. Immediately after, TSM rotated to the dragon pit and tied Cloud9 with their first stack.

The mid game was passive, but TSM continued to widen the gap. Bjergsen melted Hai in the top lane, which allowed TSM to attempt a Baron. Cloud9 surprisingly managed to pick off most of TSM, who thought they were completely safe.

Even with the one win, Cloud9 could not hold up. TSM forced another fight at Baron, this time wiping out a few Cloud9 players before taking the purple buff. TSM pushed the bottom lane with the Baron buff in hand, and Cloud9 were in no position to defend so they had to give up their bottom lane inhibitor. TSM followed that up by going to the top lane, but Cloud9’s defense went poorly as TSM forced them back and safely took their inhibitor.

TSM quickly reset and pushed straight down the middle lane, Cloud9 could not shut down WildTurtle as he scored a quadrakill on Kalista before TSM took the win along with the NA LCS title. 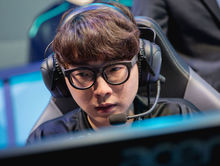