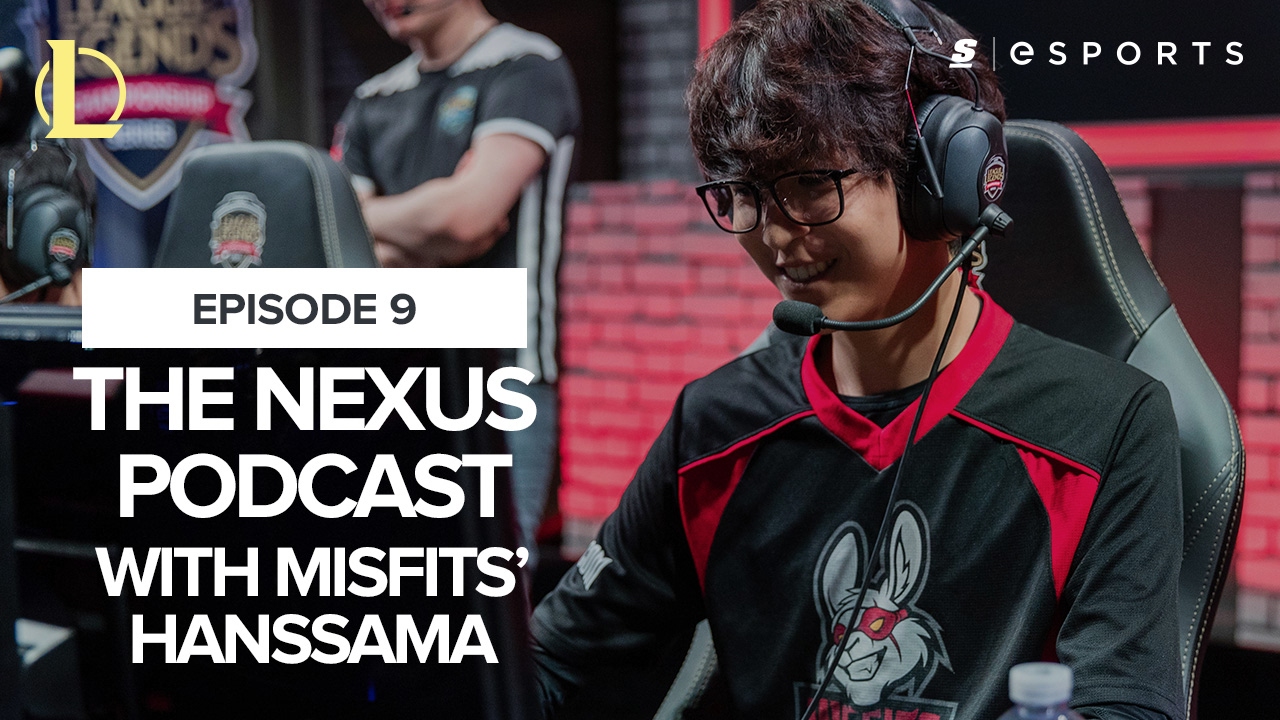 2:10 - Playoff preparation and Misfits' challenger ventures
5:19 - On moving to another country, being a younger player in the LCS
7:11 - Reverse sweeps and the mentality that drives them
12:35 - Fnatic's late-season surge, LCS AD carries vs. solo queue
21:47 - Hans sama and his relationship with anime
34:28 - The French League of Legends scene and the French LCS group
38:20 - What AD carries does Hans sama look up to?
39:46 - Anime with Hans sama part 2
42:20 - Hans sama's education dilemma and dropping school for LCS
50:31 - Looking ahead and seeing his improvement in gameplay & drawing

A love for anime almost took Steven "Hans sama" Liv away from the LCS, but now it's motivating him to stick around and strive to be the best.

The Misfits rookie and superstar French AD carry joined The Nexus Podcast to talk about EU playoffs, being a 17-year-old in a new country, the insane reverse sweep against Splyce, and just how influential anime has been in his life choices.

Click here or tap to listen in on SoundCloud.

Initially, Hans sama did not even want to continue playing League of Legends after diving deep into the world of anime.

“At the same time I started anime at the end of season 3, I was Diamond 1, my PC was let’s say broken for two months during the big vacation in school, so for two months I started watching anime a lot and I really didn’t want to start LoL again.”

So why did he go back, and how did he find the motivation to not only start playing again but to get to such a high level?

“I didn’t want to start LoL again, but there was a lot of people in my class playing LoL, so I was kind of willing to play LoL again, and I reached Challenger, and maybe that was because of anime as my motivation, you know. Because in manga, there is the character that wants to be the best at his thing, so maybe that’s why,” he said.

“In anime, the character always spams the thing he wants to do, to become the best, so I kind of do the same. I play a lot, a lot, my motivation was to play the most I can in a day, and every day I had this motivation….”

When The Nexus Podcast hosts Gabe, Lisa and Josh asked him about Splyce and reverse sweeps, Hans sama was overwhelmed.

He then went into the mentality players face in such a perilous position, where coaches and leaders have to gather together to assess what went wrong and how to pull through for a few straight games.

“Normally, when you’re 0-2, it depends on the team but the mood we had wasn’t that bad, it was like we just play our game, we will see how it goes next game. But we weren’t like, ‘Next game it’s over, it’s 0-2 already.’ We still played seriously, we played less scared after the two games, and maybe that’s why we played better as a team, and the communication was more fluent, I would say.”

Though he didn't quite recall the wise words of his coach Hussain Moosvi, he does remember his teammates' words and his past experience with epic comebacks.

“I just remember [Tristan "PowerOfEvil" Schrage] saying you know in [Unicorns of Love] we did it, so I think we can do it again. In UoL they kind of did the comeback, I don’t remember when. This guy has UoL blood, so maybe that’s why we won... Coming back feels like back when I was 12 and I was playing tennis a lot competitively, and there was a match where the guy had four [match points] and I come back. It was the same feeling, I was so satisfied.”

Hans sama said he looks up to Bae "Bang" Jun-sik primarily at the moment, and hopes to keep up the motivation to try to surpass him in two years time.

But he can’t do it without the power of anime. “If there’s no anime, there’s no motivation.”