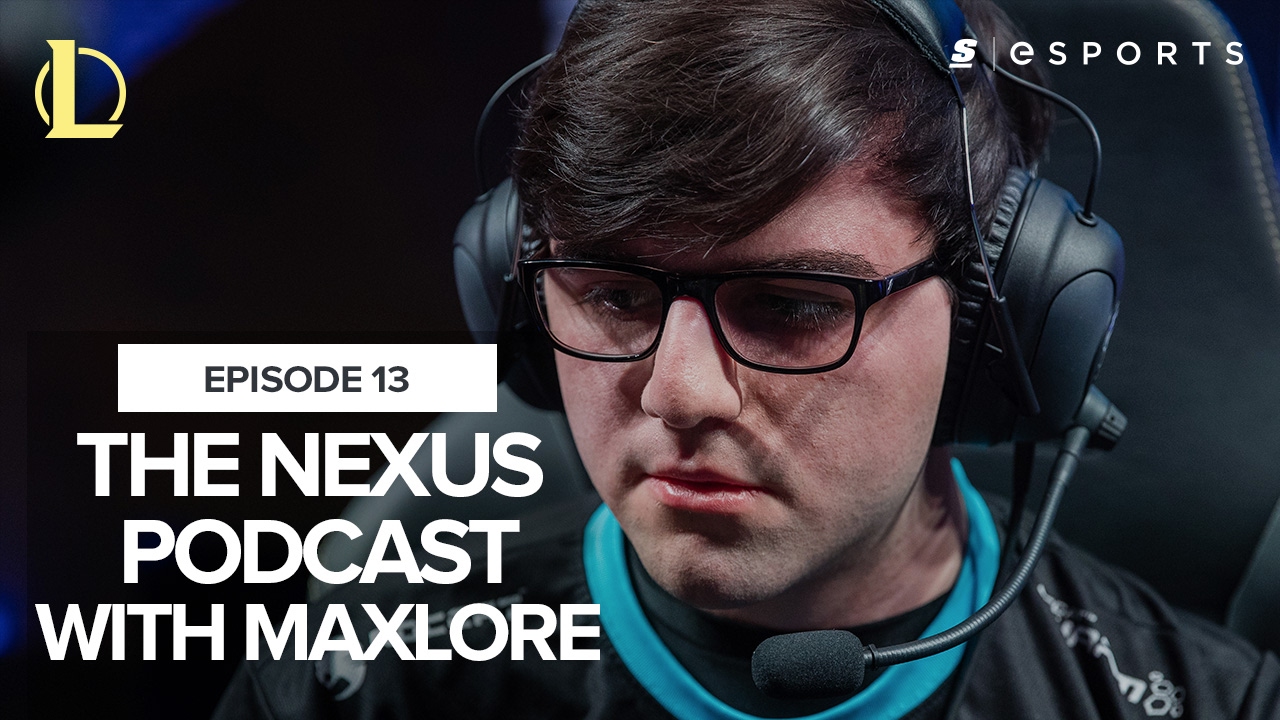 Misfits' Maxlore on his move from ROCCAT: 'I think with this team I can get as good as I can be as a player and as a person'

3:12 - Maxlore on joining Misfits, and being a part of off season rumors
12:34 - Out-of-game factors that help players choose teams they want to join
19:35 - Franchising, the UK scene, and representing a region
23:55 - Replacing KaKAO and why LCS players aren't adaptable enough
28:45 - Europe's competitiveness, international issues, and learning curves
42:04 - Scrims with top teams and if more international competition is good
46:08 - Taking the hate, and why the community has it wrong on trash talk
54:46 - Maxlore's message to ROCCAT and Misfits fans

In his first interview since transferring from Team ROCCAT to Misfits, the jungler took to The Nexus Podcast to discuss the motives behind his move from a ROCCAT that everyone assumed would be on the upswing.

"I felt like the opportunity of Misfits was just better for me. I think that during my time at ROCCAT, there were loads of good and bad times, and I learned a lot during the split, but I think it's just better if I go with Misfits to achieve my goal," he said.

And the goal? "I worked with ROCCAT and I knew the weaknesses and strengths of anything. Going into next split, I can't just expect everything to change in a good way. Some things might stay the same which I had a few issues with, and I know lots of the Misfits players and I know how they work, and I think with this team I can get as good as I can be as a player and as a person."

Maxlore reflected on being able to team up once more with Barney "Alphari" Morris, a fellow British player and up-and-coming talent who he had previously played with in the UK scene. He also spoke on going into a living arrangement with Misfits that involved being with his teammates and forging friendships as a result. He only lived with the coaches at ROCCAT.

Maxlore also shared his thoughts on the potential of Europe at the 2017 Mid-Season Invitational.

"I think if G2 learn from their past mistakes in international tournaments, they can do pretty good in this tournament, and takes some games, maybe off SKT," he said "When they played at IEM against Flash Wolves, the way they played was incredibly different to how they normally play, where trick normally just farms and they play super passive until he is ready to go. And they go as a team. It's kind of predictable but it worked in Europe. It helps them play the game correctly, but in IEM they completely accelerated the early game and won both early games in the semi-finals," he said.

"They just kind of got out-macroed, because the enemy team was just better at it.... I mean G2 internationally, based off what they did at IEM, they can pull off some early game victories compared to what they showed in Europe, which was slow and boring. It's going to be a different G2 to how they played in EU LCS, that's for sure."