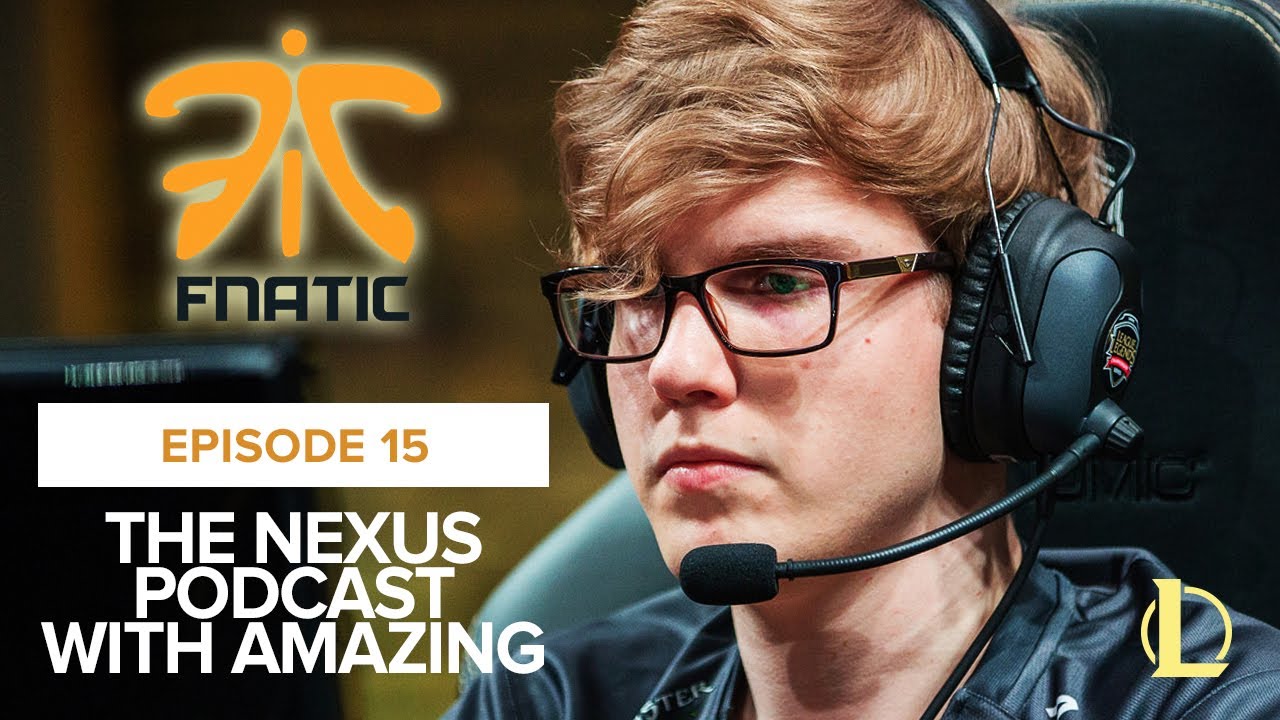 Fnatic's Amazing: We would have been a playoff team if we stuck together

Maurice "Amazing" Stückenschneider was moved to the Fnatic Academy roster during the latter half of the 2017 EU LCS Spring Split, where he helped get them promoted to the 2017 EU LCS Summer Split. However, that's where his journey with the squad ends. The team's new owners, Ninjas in Pyjamas, are entering the LCS with a completely different roster.

The former TSM, Origen, and Fnatic jungler joined The Nexus Podcast on Tuesday, sharing his insights on how the Fnatic Academy roster situation went down for the players and staff involved. He also made his thoughts known on last-minute rosters and his belief in Fnatic Academy as a potential top team in the EU LCS.

"I think G2’s better for sure, I think the Fnatic main roster had an interesting run in the end so I think they were probably better. I think Unicorns were better, and then H2K on a good day probably too. These four teams I would take above us.... Top 5, top 6, that’s where I saw us," Amazing told podcasts hosts Gabriel Zoltan-Johan, Josh Bury and Ryan Stratton.

Amazing said all of Fnatic Academy's players and staff knew their jobs weren't guaranteed, but pushed forward to secure a spot in the LCS anyway.

"Each one of us knew what they were in for. It’s not easy to talk about contracts. Each one of us was aware that worst case scenario that it could be possible that each one of us is not going to play." He said "It didn’t really cross our minds that this would actually occur, because quite frankly I expected whatever organization was going to buy [the spot] was going to invest intelligently."

The LCS has a history of last-minute LCS spot purchases. When asked about the reasoning behind orgs rushing into rosters that might not be up to par, Amazing said it's all about business.

"I think it’s a multitude of things. First off, most of the organizations that are buying in come in with their own agenda. They probably have money which grants them the ability to buy the spot. That means they are probably going to push a product or some kind of brand for themselves. With that in mind they’re going to hire players which means that their whole existence is based on a way of thinking," he said.

"For example with NiP, I think their thought process is … I think they have two Swedes now [only Hampus “Sprattel” Abrahamsson is Swedish] if I’m not completely wrong? I think the whole agenda was 'Let’s make something new happen, let’s get a Nordic coach and a couple of Swedes to get a local fanbase.' What I mean in general is that organizations are unable to see why [competitive] success has happened for everyone else but not themselves," he said.

"For example, an organization like Red Bulls … they build a project and have that basically be something they push forward. They hired the right people, heard people out, had interviews even in Korea, and had these people be hand-selected. So it was a lengthy process. New organizations such as NiP, their process was basically like 'Which coaches are available right now that have some LCS experience? Who can we hire? Okay, Let’s hire this guy.' It just seems like they’re gullible in the sense that they think they can make it in their own way."