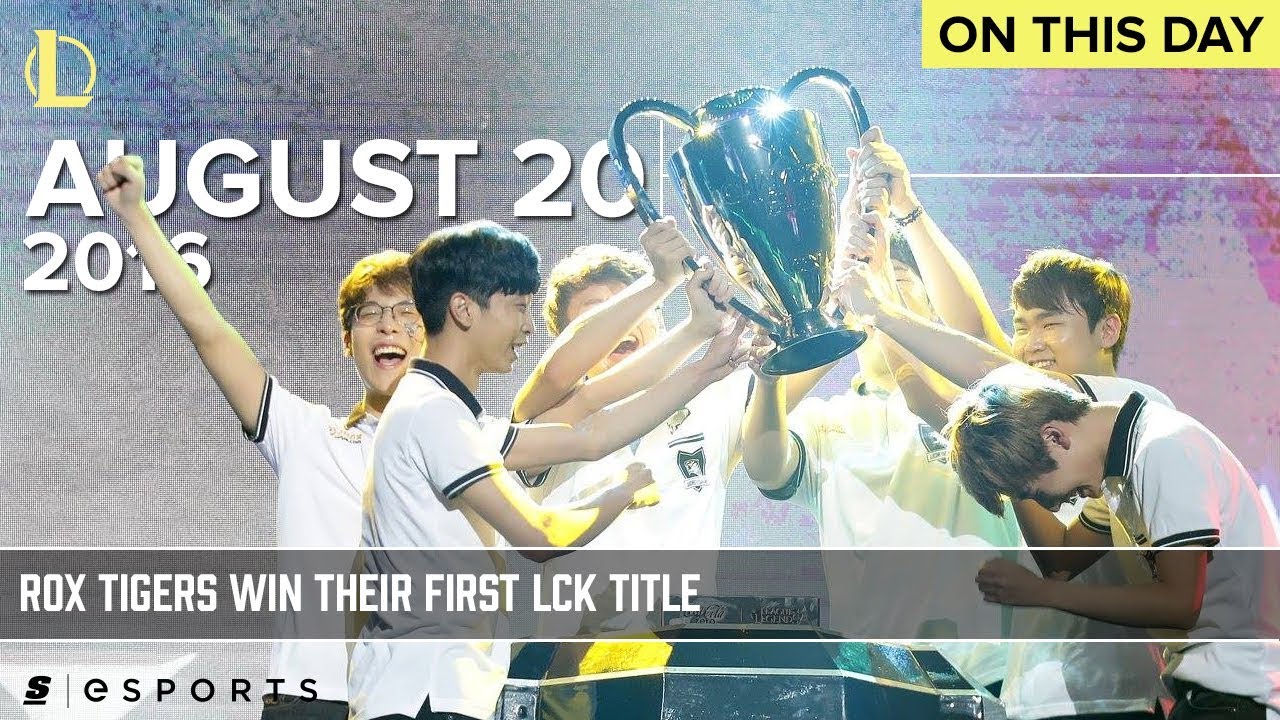 The day ROX Tigers won their first ever title

On Aug. 20, 2016, the darlings of the Korean scene, the ROX Tigers, claimed their first ever LCK title.

With a roster consisting of veterans GorillA, PraY, Smeb and Kuro and the young talent of Peanut, this team won the hearts of everyone with their joyous demeanor and camaraderie.

Despite being very popular with the fans, the organization was plagued by sponsorship issues and the team itself struggled to win an official title.

The talented squad had made the LCK finals on multiple occasions, but always fell in playoffs to the likes of SK Telecom T1 or KT Rolster.

But the summer of 2016 proved to be different.