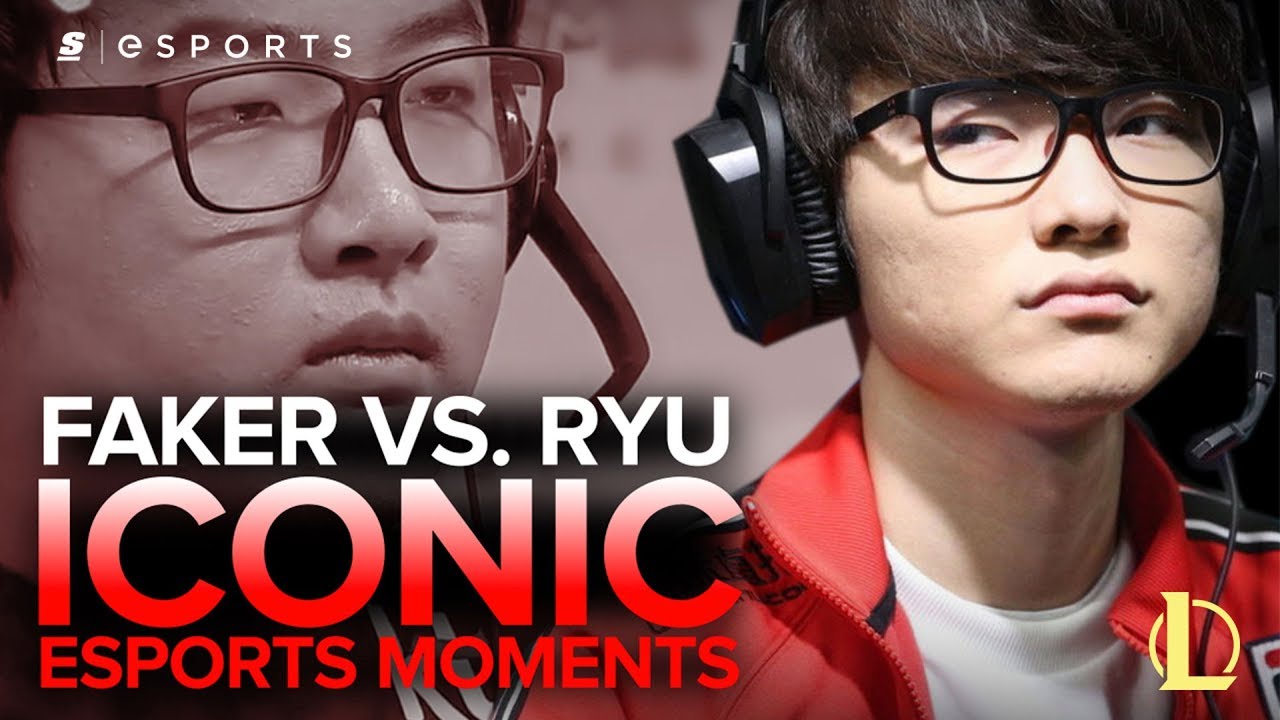 The Most Iconic esports Moments - The Faker vs. Ryu Duel

Back in 2013, Korea was still fairly off the radar of many Western fans. Though they saw the strength of the Azubu teams on home soil in the 2012 World Championship, Korean League of Legends was viewable at hours only comfortable for an insomniac. This is not to mention the paywall that OGN had to restrict viewership of higher quality streams and recorded VoDs of the matches.

In the run up to the OGN Summer 2013 Final, SKTelecom T1 came first in their group and the stars of its players were rising. Faker, now in his second competitive season, had caught the entire region of Korea off guard with his natural talent. The team was clearly going places. But it wasn’t until this OGN Summer Final that the world knew just how scary this team could be.

In Faker and SKT’s way was a powerful KT Rolster Bullets, who they had bested in a previous NLB series, but never in a finals match. KT Rolster, on the other hand, was comprised of talents that the West saw as otherworldly and ready to dominate at Worlds, as they had shown their prowess against the very best teams at an MLG event earlier that year.

At the time, the Korean format included a blind pick Game 5, allowing players to use overpowered champions without bans and create fun mirror matches that allowed players to determine who was truly the more skilled. Faker and Ryu both chose Zed, a very powerful mid lane pick at the time because of his carry potential and mobility which was essentially unrivaled in mid-late Season 3. As the lane and game played out, both champions were essentially evenly matched, save for Faker’s Quicksilver Sash. This crucial item saved his life and allowed him to make the historic play, because of its ability to cleanse the Death Mark.

Once Faker went a bit too far, with his team unable to help despite their massive gold advantage, Ryu decided that it was his chance to start the comeback. Little did he know that the only thing that he was starting was Faker’s reputation as the greatest player to play League of Legends, and inspiring an influx of Zed players in solo queue who hoped to mimic not Ryu, but Faker.

As a result, it may just be the single most iconic moment in the history of League of Legends, because of its importance on two tiers. While this was a declaration from one player to the rest of the competitive scene, it was also a proclamation from one game to its current and future fans: this is how hype LoL can get, and this is how fun it can be to watch.

2 months ago
LoL
Faker and kkOma Have Split... Now What?

3 months ago
LoL
How Do You Fix the Dumpster Fire that is NA Lea...
Advertisement