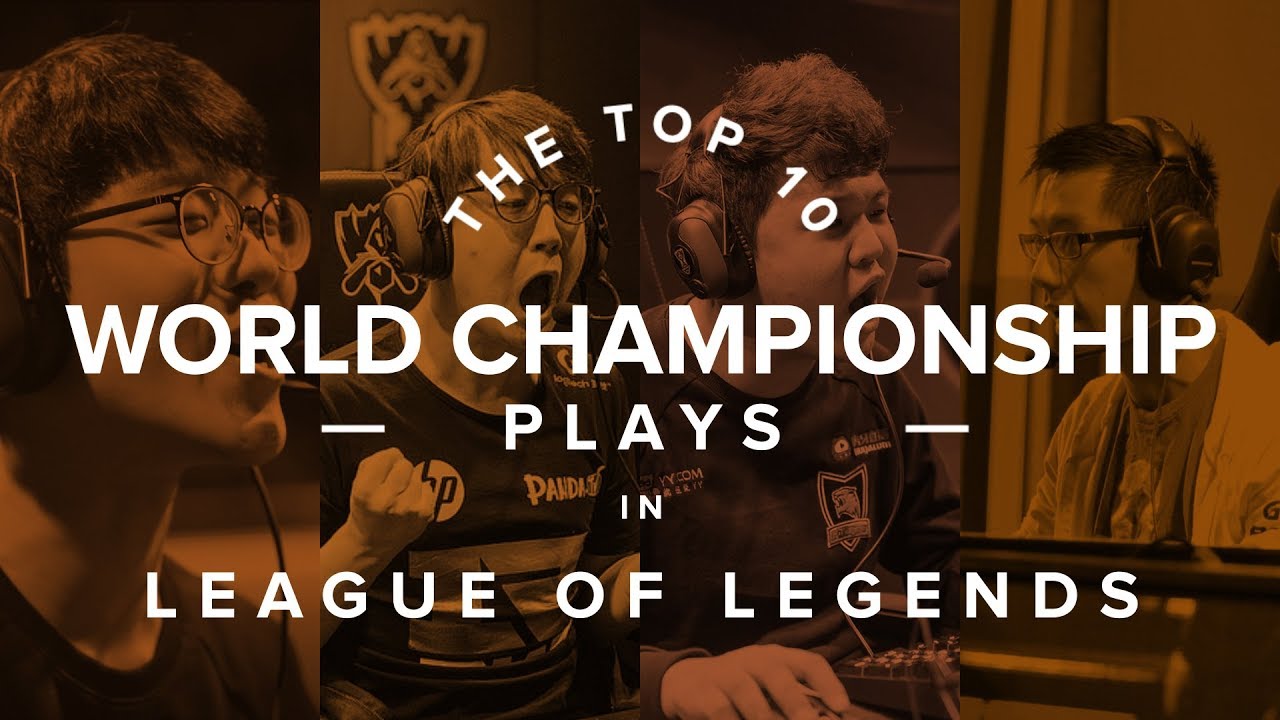 The top 10 Worlds plays of all time

The Play-In stage of the 2017 World Championship is well underway and we’ve already seen some amazing plays in just the first few days. But before we get too deep into this year’s event, we wanted to look back into Worlds history and relive the best plays from the past. So, after much debate, here are our picks for the top 10 plays in Worlds history.

Kicking off our list is the legendary Quadra Kill by Jung "RapidStar" Min-sung on Karthus from the Grand Finals of the 2012 World Championship. When you see those red lines coming down you know exactly what’s about to happen — KA BOOM!

The assassin meta was all about sweet 1v1s, and Enrique "xPeke" Cedeño Martínez and Bae "dade" Eo-jin's duel at Worlds 2014 was a showdown for the ages.

Coming across each other in the jungle, dade's Talon quickly brought xPeke's Zed down to a sliver of health, however xPeke's Deathmark triggered just in time to save him and net the kill.

That's what we call a rumble in the jungle.

Number eight on the list is Counter Logic Gaming NA’s double teleport backdoor against SK Gaming from the 2012 World Championship. It’s a classic CLG moment: bold, risky and ever-so rewarding. SK Gaming’s devastated looks spell out how shocking this play was at the time.

The ROX Tigers vs. SK Telecom T1's series from the 2016 World Championship was one of the most intense in the tournament, and the game’s, history and Kim "PraY" Jong-in’s game-winning cross-map arrow from Game 2 of the set helped seal one of the five games for the Tigers. Headshot!

Screaming “This is for KaBuM”, Cloud9’s game-winning teamfight against NaJin White Shield from the 2014 World Championship comes it at number six. Not only was it the end to a dramatic and thrilling game, but it was the deciding moment of the KaBuM! and Alliance storyline, which led to one of the best soundbites in League history.

In 2014, Cho "Mata" Se-hyeong and Gu "imp" Seung-bin were the best bot lane in the world — and they prove it in our number five play with this absolutely filthy 2v3 outplay of ahq. The Matrix dodge on the hook, the perfect response hook, the aggressive flash to close out the kills and the lantern escape: from start to finish this is a master class.

4. Faker the playmaker vs. NJBS

If you wanted any more proof that Lee "Faker" Sang-hyeok was the best player in the world at the end of 2013, look no further than this play. Not only is his initiation onto PraY nearly flawless, his play the rest of the fight is equally spectacular.

Lightning Rushing in at number three is Song "Smeb" Kyung-ho’s mind-blowing Kennen ultimate against G2 Esports from the 2016 World Championship. It’s not often you can say a single player won a teamfight, but here Smeb not only wins the teamfight, he crushes it. The timing, the positioning — everything is perfect. What a play.

Sometimes one hit makes all the difference — and this play from the 2014 World Championship proves it. It was a heartbreaker for Fnatic and a moment of triumph for OMG, but no matter how you slice it you can’t deny this is a classic Worlds moment.

It was a 71-minute marathon that saw epic moves from both teams, including xPeke single-handedly holding off the entirety of OMG in his base while his team respawned, an epic attempted backdoor from Paul "soaZ" Boyer, and finally a game-closing triple kill from Yin "LoveLing" Le all in the span of 15 minutes.

Every moment, every decision leads to one of the closest finishes of any game in Worlds history.

And for our top spot on the list, could it really be anything else other than more from the SKT/ROX series in 2016? This fight in the top lane is decided on a razor’s edge, with split-second decisions changing the outcome. Frankly, PraY and Han "Peanut" Wang-ho's 2v4 to close out the fight is the best we’ve ever seen, and well deserving of the being the best play in Worlds history.