It's the final week of the North American Challenger series, and it's all on the line.

With a auto-promotion and two promotion tournament spots up for grabs, all four teams will be playing for keeps. Team Imagine and Cloud9 Tempest will be playing the the third place match on Tuesday while Renegades and Team Coast will fight it out for the coveted LCS spot on Wednesday.

Before the action kicks off, here are a few things to look out for in the coming days.

1) Clash of Styles: Hard and Moon in the Jungle

To tank or not to tank. That is the question of the jungle meta.

Historically, Imagine’s Moon has preferred higher damage, play making junglers and had his best game against Renegades on Evelynn. His kill participation is noticeably higher when on Evelynn as opposed to tankier choices like Gragas and Rek’Sai. Furthermore, since top laner Chunkyfresh one of the few players who still picks almost entirely top lane tanks as opposed to the more popular damage options, Moon is relied upon to bring a little bit more damage to the table

On the other hand, Hard went for back-to-back Gragas picks against Team Coast, and had some pretty solid ganks to set his team up with early advantages. In fact, Hard has stuck almost exclusively to meta tank junglers, with only two games during the regular season not on Gragas or Rek’Sai.

Whereas Moon looked a little lost on how to initiate with the tank junglers, Hard seems perfectly at home peeling for LOD and Yusui. His damage is not nearly as important to C9T’s as Moon’s is to Imagine, and therefore the CC junglers are a perfect choice for Hard moving forward.

Compared to the first and second place Coast and Renegades, Team Imagine and Cloud9 Tempest are a step down strategically. They’re both young teams with plenty of time ahead of them to fix these issues, but in this moment it greatly hurt their ability to win their respective semifinal series.

Team Imagine struggled to keep up with the Renegade’s map movements while C9T, despite getting a significantly early advantage in Game 1, didn’t use their globals efficiently enough to find the win against Coast.

Both of these squads prefer fighting over rotations, which should make the field of play a little bit looser. Decisive decisions in pressing advantages and closing out the game is also an area of concern for both teams.

That is a matchup between two teams who occasionally struggle with their decision making, and the team that can be the better strategically should find the victory.

3) Sion-ara: Solo the Bully versus Chunky the tank

Much like for Moon and Hard, the top lane battle will also be a battle between two different styles.

Most well known for his Sion, Imagine’s Chunkyfresh is looked to as the main tank and initiator for his team, often peeling for Steeelback and mancloud rather than diving the enemy carries or dealing damage. He hasn’t deviated away from the tank meta other than the occasional Hecarim choice, and often loses lane when faced with a skilled opponent. On the other hand, Solo’s champion pool is much more damage heavy, bringing another split-push or team fight threat to C9T’s roster.

Considering Solo played very well on the split-pushing bullies Olaf and Gnar against Coast, the Sion look a little more dubious for Chunkyfresh. In fact, none of Chunkyfresh’s more recent choices look favorable against what Solo can bring to the table. His Hecarim was a bit of a mixed bag against Renegades and does poorly in many lane matchups, and of course the Sion can get pushed in early and doesn’t do nearly as well in straight up 1v1 scenarios

Unless Chunkyfresh find a way to either expand his champion pool or make his standard picks work, the top lane matchup should be entirely one sided in favor of C9T.

Since joining Imagine, Steeelback has been putting the “carry” back into “AD Carry.”

Much like Alex Ich for Renegades, Steeelback is more often than not the core member for Imagine, not only relied upon to deal the majority of the team’s damage but given the farm priority and protection to do so. He deals a league high 31.6% of his team’s damage with an impressive 37/5/34 scoreline in his 4 NA CS matches. He’s also become the main shot caller for Imagine.

So then it’s no surprise that when Steeelback is effectively shut down or fails to receive peel from his team, thing can get a little awkward for Team Imagine. This was the case against Renegades, where the veteran squad applied enough pressure to make Steeelback almost a non-factor compared to his usual performances. That’s not to say that Steeelback’s positioning or play aren’t still as good as they were on Fnatic, simply that Imagine’s AD Carry centric style is easily exploitable if their opponents are skilled enough to do so.

However, if given the space to do his thing, Steeelback has been, is and will continue to carry his team to victory. If Imagine can offer him a better protection scheme against the less organized C9T, Steeelback could take over the series no problem.

So, keep an eye on Steeelback. He could complete Imagine’s transformation from challenger scene dark horse to an LCS promotion tournament threat.

Moving on to the matchup between Coast and Renegades, you should watch the bottom lane, because who starts there for Renegades could be a game-time decision.

The gamble of switching from Jebus, who had played the last few weeks of the NA CS, and putting in MapleStreet to play against Team Imagine paid off in spades as the Oddbro proceeded to play a lights-out series. After waiting so very, very patiently for all the visa issues to clear and for their new AD carry to arrive from Europe, Renegades are now faced with a bit of a dilemma: Jebus or MapleStreet.

Jebus’ skill ceiling is theoretically much higher - Renegades brought him in for a reason after all - but he’s still very young and doesn’t have significant amounts of experience. Maplestreet’s more veteran presence could have been what convinced Renegades to give him the start against Team Imagine, and he answered the call by carrying the team.

So then the question becomes who will start in this all-important match against Coast or even possibly in the Promotion tournament. Renegades will most likely look to Maplestreet to provide them with the stability to get into the LCS, and then develop Jebus further during the off-season in preparation for a 2016 debut. That’s certainly the safer course of action.

However, the highly talented Jebus might just be what the doctor ordered to give Renegades a needed edge against the fearsome Coast.

Watch out for who starts for the Renegades: the steady hand or the hot-shot carry.

At this point it’s safe to say that Shrimp is the most exciting and dynamic player in the NA CS. The Korean import has gone from complete unknown to breakout star in only a few short months, and he deserves every bit of praise he has earned.

He’s aggressive, he’s smart and he doesn’t give his opponents an inch of breathing room. He plays a counter-jungling style and favors Evelynn as his go to champion. In the event that Coast should fail to make it into the LCS, Shrimp should be receiving phone calls from LCS teams both in NA and EU.

In essence, Shrimp is the catalyst that took Coast from a bottom tier team and put them back into the LCS discussion. Nearly everything Coast does plays off of his ganks and counter-jungling efforts. Like Alex Ich for Renegades, Coast works best when Shrimp is on his game.

His stats speak for themselves: first in kills (26), KDA (7.7), and average kill participation (82.4%) among all junglers. You’d be a fool to dismiss Shrimp as a fluke. With some more development, he could become a household name.

And that's why whenever Shrimp makes a move, you should pay attention,

7) The Top Lane Carry: Cris’ Climb Back to the LCS

The great truth about Cris has been the same for years: too good for Challenger, not quite good enough for LCS.

But that might change. Right now not only does the current meta suit his high-aggression, split-push style, he’s been on an absolutely rampage through the Challenger Series. He has the most kills in all of NA Challenger (37), the second most assists (65), the highest KDA (8.5) and contributes 5% more damage on average than the next closest top laner (24.8%, 488 DPM).

He knows how to play high damage, carry top laners, and now freed from the shackles of the tank meta and with an equally aggressive and skilled jungler to back him up, this is Cris’ chance to finally shine.

His Olaf was an absolute terror in the match against Cloud9 Tempest, and expect RF and Crumbzz to have a hard time in dealing with Coast’s top lane menace. If left unchecked, Cris can completely take over games, and that makes him a tremendous threat.

Heavy is the head which wears the crown. And in this case, Alex Ich was the undisputed king of the mid lane for the entire NA CS regular season.

The former European superstar has made himself invaluable to the team he helped found, and so far he’s lived up to the challenge. In many ways he bears the same burden as Team SoloMid’s Bjergsen: he’s the crux of his squad, the man around which they often build their game plans, the make-or-break factor for Renegade’s wins. His laning phase has been excellent, and he contributed a massive average of 38.8% of his team’s damage while being involved in 66.8% of all kills.

All of which is to say that his mediocre play last week against Team Imagine came as a complete surprise, and makes Alex Ich a player to keep an eye on moving forward. Thankfully, the rest of the squad stepped up to bail him out, but given how heavy of an emphasis the Renegades put on the mid lane the trend cannot continue.

Whether or not Alex can bounce back from his less than stellar performance will be a defining factor if the Renegades are to have a hope of beating Coast and entering the LCS. 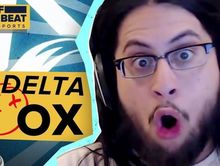