The Road to Worlds: an in-depth look at LGD Gaming

Every team in League of Legends makes mistakes. Unlike in last year’s World Championship where the majority of analysts favored Samsung White to win, there are at least three closely matched teams at the 2015 World Championship that are contending for the top of the bracket. Among the likes of Edward Gaming, LGD Gaming, SK Telecom T1, and perhaps even KT Rolster, Fnatic, and Invictus Gaming, it’s going to come down to mistakes. That’s where China’s LGD Gaming pulls ahead of the rest.

It isn’t that LGD Gaming make fewer mistakes; far from it. Their LPL Final against the QG Reapers was replete with mistimed engagements and the occasional failure to predict a twist in the draft phase. LGD’s vision is far from perfect, and they’re sure to make a few mistakes in coordinating with their jungler in the mid game. The difference between LGD and any of the other teams attending Worlds is that the way play the map allows them to make more mistakes without getting punished.

When a team pushes out their minion waves before going for an objective contest or a team fight, they take control even if they lose the objective they wanted. It’s hard for the enemy team to take map control because they’ll have to push back the minions first. LGD manage minions meticulously. By the time their opposition clears their creeps, LGD Gaming’s players have respawned.

I’ve gone into more detail about how LGD are able to control minions, but it’s always been their calling card. They control the laning phase not just because they have individually skilled players, but because they’ll drown their opponents in minions if they aren’t paying attention. Their understanding of creep flow allows them to quickly knock down towers and stall when they’re behind until their opposition are the ones making mistakes.

The scariest thing about LGD Gaming isn’t imp. It isn’t GODV. It isn’t Flame. It’s the creeps that spawn behind them.

The Road So Far

LGD Gaming have always been the devastating minion marshalls they are today, but there were times this season when that’s about all they were. Since LGD Gaming acquired core player Chen “Pyl” Bo in 2012, they’ve been constantly tweaking the roster. Their qualification into the LPL at the end of 2013 for 2014 Spring Season signaled a new era.

Only two players remain from the original roster that qualified for the LPL: Pyl and Zhu “TBQ” Yongquan. In many ways, these two players are the most fundamental in defining LGD’s identity.

Pyl has been described by members of LGD Gaming's staff as a mediator style shotcaller. His ability to problem solve and control the team environment has attracted LGD’s star carries to the team over time: first, Wei “GODV” Zhen, then Gu “imp” Seungbin. It’s also allowed LGD to adapt around mistakes. Before GODV, before imp, before Choi “Acorn” Cheonju and Lee “Flame” Hojong, LGD made a lot of mistakes and had a much less impressive roster, yet they remained hovering around the region's Top 4 throughout the entirety of 2014.

The team did that by controlling minions to compensate for their mistakes, and when GODV, Acorn, and Flame, three players also known independently for minion control in lane, joined the team, that only became second nature. During a trying 2014 with steep competition and a fluctuating roster, their natural affinity for minion management kept them treading the playoff line.

LGD had one of the most curious spring splits of any team this year. While GODV said the team tried out picks in regular season games because scrim results weren’t meaningful enough, it sometimes appeared as if they were intentionally not putting forth a full effort. The Spring Playoffs format that seeded the Top 8 players into a bracket rewarded teams for placing below fifth but above eighth or in second and third.

After uncharacteristic games, some of which involved not taking a single dragon for 20 minutes or choosing champions not played in any other game that split such as Miss Fortune and Galio, LGD Gaming placed sixth. Upon acquiring their playoff seeding, they effortlessly demolished third place OMG and second place Snake to meet Edward Gaming in the finals in what ended up being a 2-3 second place finish. Rumors suggested LACE even investigated LGD for intentionally losing regular season games, but they remain unverified.

Surprising picks and game pacing weren’t as common in the 2015 Summer Season, but LGD still exhibited less than optimal play. Due to personal issues, Head Coach Luo “BSYY” Sheng spent less time with the team, and Acorn had to take over some of the coaching duties which caused his individual performance to suffer. Pyl returned late to the split following jaw surgery. imp temporarily struggled with visa issues. GODV experienced a wrist injury that caused him to cut down on practice time.

Perhaps prior to the playoff format change in Week 7, LGD had some of the same propensities to take games less seriously, but there were definitely other explanations for their poor performances. A new analyst-now-Head-Coach joined the team in Week 8. Though they improved their standing from seventh place to fifth after LPL announced a Playoffs format change, LGD had more problems in Summer than Spring.

But LGD Gaming still crushed through the playoffs. This time, they out-picked Edward Gaming and defeated them in a 3-0 after beating out both Vici Gaming and Snake. Their hardest series came in the finals against QG Reapers, where FireFox later said “EDG's condition in the semifinals wasn't the best, conversely QG was on-form during the Finals.”

Throughout the playoffs, LGD still hadn’t fixed some of their problems. TBQ was a sore spot who needed help from roams involving Acorn, GODV, or Pyl. They fell behind early to Edward Gaming and made mid-game mistakes against the QG Reapers. Yet controlling minions meant Edward Gaming and QG Reapers’ mistakes were more devastating. It also meant that LGD could abuse their impatience.

imp smashed through the gates to flatten 1v2 or 2v2 lanes by as much as 100 CS, and the rest of the team prepped the waves. Minions had finally made LGD the best team in China.

The Current State of the Team

In the LPL this Summer, only OMG and Vici Gaming had a shorter average game time than LGD Gaming. Because of the high volume of games in which each team participates, there's limited deviation from the league norms, but LGD has a tendency to acquire most early objectives before the average (with the exception of first blood), and close out the game with inhibitor before many teams.

LGD do their best work in lane swap scenarios, which means they're often not the first team to get dragon, as they only acquire it in 50% of cases. LGD sent their duo lane top at the start of 48% of their games (29 of a total 60 including regular season and playoffs), giving them the highest lane swap rate of any team in the LPL.

Lane swaps tap into LGD's natural strengths in controlling waves. If teams try to revert swaps, LGD can usually get the proper minion bounce or freeze to set the enemy top laner behind. Their focus in these swaps is often to set imp up for success, as LGD are more likely to hold towers up in lane swaps, averaging a first tower destruction rate of one minute longer in games where they lane swap.

In holding these lanes, LGD also free up roaming potential. Their goal in clearing waves is usually not to get a minion lead on players other than imp, but to hold turrets while Acorn, GODV, or Pyl roam. TBQ very rarely will conduct solo ganks, and he's usually accompanied by a solo laner or his support.

Despite imp having above average gold distribution for an AD Carry, he's in bottom three for kill participation among AD Carries. Support Pyl is in the Top 7 for kill participation of any player in any role, but he receives a below average percentage of team gold for supports. This suggests that imp's focus is farming while Pyl doesn't receive passive gold gains and instead spends most of his time roaming.

GODV is the true focus of resources. He has the highest percentage of team gold for any mid laner in the LPL and is often the recipient of ganks if he's not roaming himself. There's also a heavy balance and give-and-take between him and TBQ, as GODV naturally is inclined to farm jungle camps, but outside what are generally accepted as the "Top 4" LPL carry junglers in Ming "Clearlove" Kai, Lee "KaKAO" Byungkwon, Lee "Spirit" Dayoon, and Baek "Swift" Dahoon, TBQ receives the highest percentage of team gold of any other jungler in the league.

Improvement of synergy between GODV and TBQ has arguably taken LGD to a baseline foundation. GODV supplements TBQ's ganks and wards while TBQ shares his jungle and focuses most pressure on mid. From there, increased mechanical skill and synergy has improved upon the core ideas of LGD.

Though LGD often have a lower win rate in their frequent lane swaps than they do when they keep their formidable duo lane bottom, they have a higher average gold lead at 20 minutes in lane swap games. This points to mid game errors. Sometimes LGD's decisions to engage will go awry, and LGD will need to rely on their minion control to compensate for mistakes.

When LGD synergize and find their stride, their team fighting is very strong. Despite a short average game time, LGD will look for scaling team fighting compositions to make use of imp's Kog'Maw or GODV's fed assassins. Acorn has even shown a strong propensity to play the occasional carry like Fiora. It's Acorn's self-sufficiency and low resource demand that allows both LGD's mid and bottom lane to shine.

As for champions, LGD are one of the few Chinese teams to still go for Sivir compositions. Their frequency of lane transitions makes Sivir's high mobility and pushing power a strong choice, and she's the champion they've first picked most often. The team's most successful first pick is Rek'Sai, as it's a simple champion with which TBQ can perform well, and they've won every game in which they've chosen Rek'Sai first.

The rest of the team is fairly flexible. GODV picked the largest number of unique champions of any mid laner in LPL this summer—tied with Snake's Ceng "U" Long—and Acorn and Flame have overlapped their champion pools quite a bit. Both have become full-fledged and well-rounded, capable of playing almost any pick self-sufficiently.

Strong minion wave manipulation and wave control make LGD Gaming a trying team to face. They can use it to force mistakes while compensating for their own, which could be the final difference between a World Champion and runner up this year.

Overall, LGD Gaming don't have the best macro play of any team attending Worlds, and their mid game mistakes and weaknesses in vision control could be gaps to exploit. They should out team fight any non-Chinese team, but teams like SKT Telecom can abuse pick opportunities.

LGD Gaming have all the making of a World Championship team, and they're my pick to take home first place in Berlin, but this year will come down to small mistakes among top teams. Even with minions on their side, LGD can still make one mistake too many and lose it all. 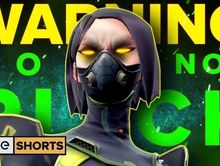