Mata's mentees: How Mata transformed Royal Never Give Up into LPL champions

“Back in the transfer period, I didn’t really have much thought to join a team to win the LPL championship. Yet after I joined Royal, and after we played together for some time, I began to think the team was doing really well and we had a chance to win.”

It’s been one year since the international esports community has heard anything positive about Cho “Mata” Sehyeong. He’s been fined for trolling in a match against Invictus Gaming and has apologized to Chinese fans for his openly negative attitude. On Vici Gaming, Mata lost his luster, and the team’s CEO openly admitted to trading him to Royal Never Give Up because of his personality.

Royal Never Give Up were already a team of talented players well before Mata joined them. Most of the roster hailed from Team King, a squad of young Chinese rookies that challenged EDward Gaming in multiple finals in 2014 — and even managed to best them in the National Electronic Sports Tournament. Yet, at the beginning of the 2015 LPL Season, King’s performances plummeted and their greatest League of Legends Secondary Pro League Rival, Snake eSports, rose to take second place in the regular season.

“When we were in the LSPL we felt we just can’t beat King,” Li "Flandre" Xuanjun, Snake eSports captain said. “But in the LPL, we entered a much different environment. It might just be that King didn’t train as well as other teams at that time.”

King’s lack of vigor became obvious as the season wore on. In the quarterfinals, AD carry Wang "wuxx" Cheng repeatedly locked in Vayne, even when it seemed he was being told not to do so. They placed seventh in the regular season and lost to Snake in a five game series in the opening of the spring playoffs.

RELATED: Mata on joining Royal: 'Realizing that we could do well gave me this goal of getting to the finals'

Transitioning into the summer split, Team King and Team Gamtee, two all-Chinese holdouts with relatively poor results, combined to become Royal Never Give Up. Li "xiaohu" Luanhao, looked at as something of a prodigy, became the team’s starting mid laner, but Royal Never Give Up ended the season in an even worse position and faced the Promotion tournament to keep their spot in the league.

“I think one of the reasons our team didn’t do well last summer was because of me,” xiaohu confessed. “I thought, even if I didn’t practice much, the team could still win matches.” xiaohu, like many of the other young players on Royal Never Give Up, showed constant signs of promise while Liu “Mlxg” Shiyu and wuxx’s third party final appearances hung over their entire 2015 season. xiaohu could pressure some of the league's strongest mid laners with champions he played for fun after Gamtee had already lost the ability to make it to the playoffs.

Royal Never Give Up were a jumble of young Chinese talents that completely failed to channel their skill in a productive way. Motivation seemed inconsistent as their games were often free-for-all rushes and bloodbaths. Even with the LPL’s poor World Championship performances, Royal Never Give Up were among the Chinese scene’s greatest disappointments in 2015.

When Mata played for Vici Gaming, his environment was not dissimilar to the one he competes in on Royal Never Give Up. On Vici Gaming, Choi “DanDy” Inkyu, Mata’s ex-Samsung White partner, was easily more talented than Jang “Looper” Hyeongseok. He was otherwise surrounded by young Chinese players Vici Gaming had deemed promising.

Vici Gaming CEO Lu "HunTeR" Wenjun said “I want the Korean players and the coach to teach my Chinese players how to play League of Legends… This is why I asked them to come here. It may take two or three years, but this is what I hope for.” This philosophy has been the engine that runs VG’s LoL team since they imported DanDy and Mata from Samsung White. At the time, Mata had seemed like the ideal candidate for this experiment.

“There are three kinds of League of Legends players in the world,” HunteR said. “There's Faker, there's Mata, and there's everyone else… Mata knows everything about the game.”

Ultimately, the experiment didn’t bear fruit. In-game, Mata seldom seemed to peel for his Chinese teammates as rumors of constant conflict within Vici began to surface, — Mata famously picked Jayce support and sat in the base during Game 3 of VG’s Demacia Cup Spring series against Invictus Gaming.

Mata played as inconsistently as Royal Never Give Up in the 2015 LPL summer season. Some of Mata's magic would return when he seemed to solo carry games on Thresh, but he appeared to lack effort in other games where he would tunnel onto certain plays or dance in front of a crowd of enemies for an easy pick off.

After Kim “deft” Hyukkyu and Lee “Spirit” Dayoon both expressed interest in returning to Korea, many expected it would only be a matter of time before Mata did the same. Yet he hedged. He made it clear that, even if he did return to Korea, “it will be because of food and Internet, not because of my team.” He added, “Even though I may have left Chinese fans with a negative image of myself at times, I am still working hard to fix that!”

Ultimately, Mata joined Royal Never Give Up. The move came with a great deal of skepticism. Though Royal Never Give Up’s Chinese players seemed considerably more talented than Vici Gaming’s, they were still young, inconsistent, and at times apparently unmotivated. History could have easily repeated itself.

EDward Gaming started the season limping with a substitute jungler and experienced periods of ebb and flow in performance. QG Reapers blew open the LPL's doors with an undefeated first round before collapsing down the mid lane. There were other contenders, but Royal Never Give Up’s slow and steady build has been the most consistent in the league. They started strong, defeating EDward Gaming 2-0 and beating down Vici Gaming, but experienced growing pains in losses to Team WE and Invictus Gaming before the season’s conclusion.

Not only did Royal never give up, they evolved.

What started as a team fixated on Baron slowly began to develop a sense for more cohesive team ights and side lane assignments. Mlxg’s aggressive early game came out increasingly often. xiaohu in particular expressed newfound stability, keeping even in lanes and demonstrating versatility on a wide array of champions on a consistent basis.

Only a week before the conclusion of the LPL regular season, Mata confessed that he had not thought about winning the LPL when he first joined Royal Never Give Up. Playing with Royal’s players, however, gave him a new sense of motivation. “…realizing that we could do well gave me this goal of getting to the finals,” Mata said. “If we do get to the finals, my goal will be winning the season.”

Mata's initial lack of commitment to success might seem surprising to anyone who has seen this team cooperate together. As soon as the season began, Mata seemed intent on conveying instructions to wuxx, and the conclusion of any series often features a powwow between Mata and his teammates. At the conclusion of the 2016 LPL Spring final, an elated Mata leapt from his chair as he ran across Royal’s row of seats to hug Mlxg.

Following the first game, the LPL played on the idea of Mata as a task master and mentor for Royal Never Give Up’s Chinese players. A short feature played that showed Mata speaking seriously to wuxx, xiaohu, Mlxg, and Zhu “NaMei” Jiawen before they all put their hands together. The camera panned out to reveal a whiteboard assigning household chores to each team member.

This gag merely played on what everyone already believes: Mata made Royal Never Give Up a serious contender. He gave players like Mlxg and xiaohu a better way to channel the talent that only appeared intermittently on stage in 2015.

“Before, when I used to lane against an opponent,” xiaohu said, “I really wouldn’t think about my actions critically. If someone asked me why I did a certain thing, I wouldn’t necessarily be able to explain it. After Mata joined the team, he was really able to teach me to think about why I do things and make clearer decisions.”

xiaohu has quickly developed into one of the LPL's most consistent mid laners. His Leblanc achieved a scoreline of 6/0/4 in the first 18 minutes of the final game against EDward Gaming at Qizhong Forest City Tennis Center while his Azir garnered a ban in every game except the first (he clearly demonstrated why the ban was justified in that game).

I can’t give Mata all the credit for Mlxg’s and xiaohu’s breakthroughs, as Royal also leveled up their coaching staff prior to the split. Yet Mata’s apparent willingness to work and teach his teammates en route to Royal Club's first ever LPL title represents the fruition of the expectation HunTeR first had for Mata when he brought him to China — just not on Vici Gaming.

A remarkable mechanical player in his own right, Mata has won a World Championship and claimed a Korean Champions title. Perhaps an LPL title shouldn’t mean that much to him, but Royal’s win on Saturday over China's powerhouse is significant — Mata has started the slow process of turning a group of scattered might-have-beens into a team.

That’s something else entirely. 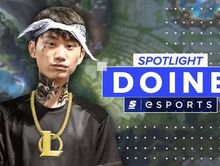