"They use [NL] kind of as a bait where the enemy has to deal with NL because he's doing so much damage, and they kind of leave their own AD carry exposed so Maple can go in and assassinate the enemy AD carry."
—Clement Chu, Summoning Insight Episode 70

The Flash Wolves’ impressive 2-0 over Tigers in the 2015 World Championship Group Stage was followed by a crushing loss to Origen in quarterfinals. In spite of talent scouts clamoring for Hung "Karsa" Hauhsuan and especially mid laner Huang “Maple” Yitang, the team managed to retain their roster, moving Chou "Steak" Luhsi to an analyst role.

The Tigers’ coach, Jeong “NoFe” Nochul referred to the Flash Wolves as “…a team that consists of really funky, interesting individuals … Each of them plays in quite an interesting way.” They’ve carried on this identity through the League of Legends Masters Series in 2016, relying on Hsiung "NL" Wenan to deal 30.7 percent of team damage despite his occasionally questionable positioning.

The Flash Wolves’ style of play is unique. They play fast and dirty, and they abuse the mid lane with Maple as their primary star. The Wolves also have to take several precautions to make their team fighting style work, which could result in the collapse of the rickety fencing that keeps assailants from abusing their side lanes.

As strong contenders in the war for second, it’s an all-or-nothing early game that will pull Flash Wolves through.

The most glaring aspect of the Flash Wolves’ objective priority comes through in the first three lines. The Flash Wolves have a high first blood secure rate, securing 100 percent of first bloods in their 6-0 playoffs run, and leading MSI teams overall for first blood secure rates. Yet the Wolves heavily undervalue early dragons with only a 38.47 percent first dragon rate overall. Unchecked, an enemy team could begin stacking dragons against FW early for comeback fights or successful baits in the mid and late game.

In general, the Flash Wolves put less priority on Rift Herald and Dragon, preferring to take the opportunity to snowball early kills and take side lane turrets. The Wolves are often able to lead the lane swap game in the LMS, and as a result, they have the highest first turret secure rate of teams attending MSI. This usually allows them to dictate the lane swap type, but as they face teams more used to swaps, this may not be the case at MSI.

Even with the most dominant playoffs performance of any team attending MSI, the Flash Wolves placed third in first Baron and dragon control, losing out to Counter Logic Gaming and Super Massive in first Baron secure rate and Super Massive and SK Telecom T1 in dragon control. Their Rift Herald and First Dragon times were the lowest of all six teams, and they generally average bottom three numbers in neutral objective control outside turrets.

Flash Wolves hinge around snowballing the game on kills. They use mid lane advantages to roam with Maple and Karsa to get kills in the side lanes and take strings of turrets in dives. More patient, jungle-control oriented teams may work around them. On average, Flash Wolves have by far the highest gold lead at 10 and 20 minutes of all MSI teams, averaging 457 gold at 10 minutes and 2,898 gold at 20 minutes (G2 average the next highest at only 1,710). This may point to lower levels of competition in LMS, as Flash Wolves can snowball seamlessly and consistently and sometimes accelerate games by killing the first inhibitor before 10 minutes.

It will be interesting to see if Flash Wolves can secure these leads against international competition and how higher neutral objective priority teams will interact with their playstyle.

NL, perhaps more than any other player, defines how the Flash Wolves play.

Many strong teams historically have had one weak link who has forced the team into creative situations to play around a flaw. They have to practice this style, they create an identity, and they excel.

For the Flash Wolves, they put emphasis on giving NL a sizeable amount of gold so that he can be a threat the enemy team has to deal with at long range. This scatters opposing players in fights so that the Wolves don’t actually fight a traditional 5v5, which they would normally lose with NL’s forward positioning and slow reactions.

This means NL has to get ahead. Aside from having one of the greatest supports in the world at his disposal in Hu “SwordArt” Shuojie, NL’s team has also devised a unique style of lane swaps that aid him in getting ahead. They don’t execute this style too frequently, but it’s come up relatively often in recent games, particularly their first game against ahq eSports Club in the LMS Grand Final.

After a traditional standard lane scenario for the first 10 minutes, Flash Wolves initiated a string of turret trades that pushed all the way through ahq’s inhibitor. ahq opted into the series of trades, but this allowed NL the ability to cut the rest of the laning phase and free farm super minions. This gives him the ability to slowly build himself as a large threat without contending with opposing AD carries. As a result, Yu “MMD” Lihung also plays a low-economy style with 20 percent of team gold. According to LMS expert, Xander Torres, teams with less efficient top laners will struggle to prioritize a player for the free farm lane.

Against Taipei Assassins, Flash Wolves did play a game in the regular season where they gave the free farm lane to MMD on Lulu, and their team fighting seemed more scattered with NL unable to play a strong bait strategy. When Flash Wolves get their preferred early game, teams will split up across the terrain, allowing Maple to find the right target with his patient playstyle.

With teams like G2 and Royal Never Give Up much more likely to back after taking second turret and trying to instead push out both side lanes and get jungle control, it seems unlikely all teams at MSI will be willing to opt into Flash Wolves’ scheme. If Royal Never Give Up scouts the standard lanes and pressures NL instead, the Flash Wolves will fight an uphill battle with their playstyle, and this is something they haven’t been able to win consistently in the past.

And the part that everyone cares about — the conductors of the collision course in Karsa and Maple. Karsa is much more likely to fall behind in farm (he sits in the bottom three of the LMS for CS at 10 with -1.6 below his opponents on average for the regular season) in order to exert lane pressure.

Karsa will frequently camp lanes. In the final against ahq’s Xue "Mountain" Zhaohong, Karsa averaged five percent more of his time in looking for ganks, ganking, or skirmishing than Mountain in the first ten minutes of the game, two percent more in warding or clearing wards, and 9 percent less in farming.

Karsa’s item buys reflect his tendency toward skirmishing champions like Kindred, Nidalee and Elise. He has high Devourer and Runic Echoes buys relative to the MSI average and will opt for Skirmisher’s Sabre. He’s also preferred picks like Lee Sin or Elise to Graves on occasion and will sometimes buy a Skirmisher’s Sabre alongside a Sightstone to provide vision and aggression in the early game.

If teams use double Teleport to counter some of Karsa’s ganks effectively or utilize more early game wards, Karsa may be less useful late game than more farm-oriented jungles if he can’t create snowball opportunities for his team.

Unlike other teams at MSI, the Flash Wolves do often prioritize mid lane ganks. If they can get a kill in the mid lane, Maple and Karsa will roam as a duo to side lanes for turret dives and start the push-to-inhib turret trade phase or simply snowball kills to take outer turrets.

The Flash Wolves’ dominant playoffs run reflects how well Maple shines when they are ahead. When properly snowballed, he becomes an unstoppable bludgeon, especially on Gangplank or Leblanc. In many cases, Maple’s Gangplank is their late game insurance, and he can set up traps effectively with barrels or threaten Baron. When mid is ahead, NL is much more an afterthought.

Maple’s patience is easily what differentiates him from other mid laners colliding with each other for second place. The Flash Wolves’ mid laner will almost never use cooldowns on a non-priority target, and his synergy with NL allows them to find the enemy team’s threat and eliminate it. Karsa will sacrifice his own farm for mid lane pressure, and Flash Wolves can effectively win most 2v2 mid lane duels.

My biggest questions are about Flash Wolves when they get behind. Vision around mid lane will be a strong asset for teams playing against the Wolves to prevent Karsa from finding the gank he wants. Mountain’s inefficient decision-making against Flash Wolves calls into question whether Karsa could be slowed down against more able junglers. Because of Karsa’s aggressive playstyle, I actually feel that the meta isn’t completely optimal for him, as more high farm junglers may be favored, especially in dragon stacking games.

Origen attempted a style similar to Flash Wolves’ against G2 in the Grand Final of the EU LCS, and focusing more attention on getting the jungler ahead proved an effective counter to camping lanes. Fewer teams may also be willing to opt into the Wolves’ take inhib early strategy, and may even be willing to give up a turret for it.

The Wolves’ deadly early game will constantly force teams to make mistakes, and in terms of taking an advantage in a swap scenario, they are among the best teams. It’s a more a question of whether more late game insurance tactics will stop them from taking the second spot at the 2016 MidSeason Invitational.

Kelsey Moser is a staff writer for theScore esports who has enjoyed her stint with the Flash Wolves. You can follow her on Twitter. 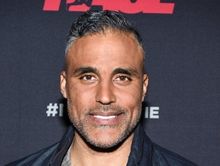