HuK on Overwatch's future: 'Observing is...the biggest obstacle right now for the game as an esport'

Chris "HuK" Loranger is no stranger to the big stage. He's just typically been on the other side of the glass, under a noise-canceling headset.

But with the release of Overwatch, the StarCraft II Protoss player has found another calling: this time as a caster and analyst.

Behind the desk, HuK's tendency to say what he thinks — and back it up effectively — has proven a boon. He's casted at the post-launch Agents Rising event, and was an adamant supporter of North America as a caster and analyst at the $100,000 ESL Atlantic Showdown.

HuK has more casting in his future: he will be an analyst for the $300,000 Overwatch Open, a FACEIT and ELEAGUE collaboration that will broadcast the event's finals live on TBS.

But he's also been chosen by Team Canada captain and Cloud9 DPS player Lane "Surefour" Roberts to play for his country at the Overwatch World Cup later this year, which will take place at one of the biggest stages of all: BlizzCon.

Canada will have to make it through BlizzCon's opening week first, but it means that five years after his last appearance at the event — for the StarCraft II Invitational in 2011 — HuK could again take the stage at BlizzCon as a player.

theScore esports caught up with HuK to ask him how he feels about the nascent Overwatch esports landscape, how he'll balance his duties as a SC2 player with his Overwatch casting, and what he'll be doing to help Team Canada succeed on the world stage.

When did you first decide that your involvement with Overwatch would be more than casual play? What made you realize that you wanted to cast Overwatch?

I never really had a defining moment I guess, I played the game and enjoyed it first, then decided to be involved [in the scene]. From there, I casted Esports Arena [Agents Rising] tournament on release and ever since just got more and more opportunities to be involved.

Deciding to be a caster in OW comes from me always enjoying it in SC2 and being good at casting as well. After that I figured it would be the best way I could contribute to the scene, especially since I can still play the game at a high level and have coached/analyzed for pro teams as well.

You were representing NA on the desk at Atlantic Showdown, but Europe proved to be pretty dominant. How close do you think NA’s best (probably EnVyUs) is to Europe right now? What went wrong in Cologne?

Counting EnVyUs as NA is pretty funny, but I will take what I can get. I think that EnVyUs is still a Top 3 team in the world, possibly still first. Overall EnVyUs just had an off-day as well as some players being very inconsistent, not so surprising considering it was the first LAN event for OW.

I think both casting and observing in OW are lacking so far and needs help with content, stats, tools, etc... Casting in general is mixed — some people are very good at what they do, and some are not.

Observing is tough in OW, I feel like it is the biggest obstacle right now for the game as an Esport, I have confidence that Blizzard will give it more support in the near future.

From what you’ve seen so far, how do you feel about ELEAGUE’s handling of competitive Overwatch?

Hard to say. So far from working with them I have had no issues, but as far as I understand mostly FACEIT has been handling the process up to this point.

How do you intend to balance your StarCraft II career with your Overwatch casting and playing? Where are your priorities right now?

Work long hours and don’t have a lot of free time I guess, haha. I work pretty hard and know at some point I will have to make a choice one way or another but for right now I enjoy both immensely, so I plan to do both for now.

You were chosen to play for Team Canada at the Overwatch World Cup. Specifically, you were chosen by the team’s captain, Surefour. How did that discussion start? What does that opportunity mean to you?

Well, I was approached by Blizzard staff asking if I would like to be on the list of candidates and I thought 'of course.' Then I wasn’t sure how the voting or process was going to go, up until the very end. I was happy Surefour picked me. I will just do my best and I think I will bring a lot to the team.

Can you confirm you will be playing support for Canada? What is your approach to that role?

Actually as of right now that is pretty undecided. I think it is most likely I will play main tank or support. I think overall mechanically/competitive rank from last season I am middle of the pack as far as my team goes, probably being fourth. I will do whatever the team needs and what will make us most successful though.

Has Canada done any practicing or scrimming so far? How are you feeling about your teammates?

No not yet. I think most people are focusing on ELEAGUE for now and then afterwards there won’t be much as far as big tournaments so we will focus up then.

I think we have a good shot at going far at Blizzcon depending on the bracket/system they use and seeding. Most critics say we aren’t even a top 12 team anymore. I think I would be happy with Top 5, but Top 3 is always the goal.

Given what we’ve seen, how do you view the future of Overwatch esports?

I think the future looks very bright. Blizzard are taking it very seriously and have a good reputation for supporting their games so I am very optimistic.

Josh "Gauntlet" Bury needs the inevitable Raynor skin for Soldier:76. You can find him on Twitter. 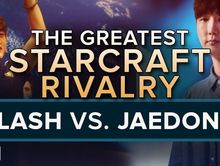 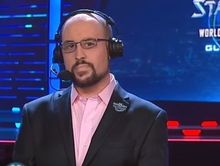 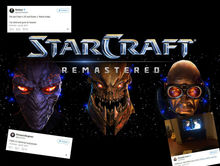 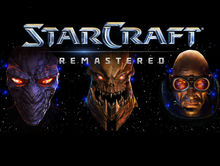 Jul 1 2017
Counter-Strike: GO
This Week in Gaming: StarCraft remastered gets ... 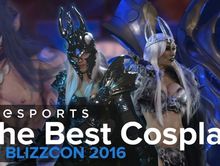