Blizzard has revealed its plans for Heores of the Storm esports in 2017, and the format will be familiar to anyone who follows Riot Games' LoL Championship Series. The Heroes Global Championship 2017 features four regional divisions that will play two regular seasons in spring and summer, with two international tournaments in May and November bringing the top teams from each region together.

The new format will replace this year's tournament circuit, according to the announcement on the Heroes of the Storm website. Six teams who have qualified for BlizzCon 2016 have so far been invited to participate: Denial eSports, Astral Authority, Team Dignitas, Fnatic, MVP Black and Ballistix. The league format will also include an open challenger division and seasonal promotion tournaments, where new teams can fight their way to a spot in their region's premier league.

The HGC breaks down competition into four major regions (North America, Europe, China and Korea) and four minor regions (Latin America, Australia/New Zealand, Taiwan and Southeast Asia). Each major region will run two ten-week seasons with eight teams, one from January to April and one from June to September. The teams will face off online in weekly best-of-five matches.

Halfway through each season, there will be a Western Clash, featuring the top three teams in the North Americna and European standings, along with representatives from Latin America and ANZ. Likewise, an Eastern Clash will bring together the top three from China and Korea with teams from Taiwan and SEA. Each double-elimination tournament will feature a $100,000 prize pool.

The first half of the year will be capped by the Mid-Season Brawl in May, similar to Riot Games' Mid-Season Invitational in League of Legends. The Brawl will be a 12-team, $250,000 international tournament, with two teams representing each region. The top team in each region's standings at the end of the spring season will qualify automatically, and the second through sixth place teams will compete in a regional playoff bracket to determine who will take the second seed.

After the Mid-Season Brawl, the standings reset for a second ten-week season beginning in June, which Blizzard is calling "Phase 2." The season will end with the HGC Finals in November, where three teams will represent each region — the Top 2 from each region's standings and a third that wins the playoffs. The location and prize pool for the Finals have yet to be announced, but it's expected to take place at BlizzCon 2017.

Blizzard has also set up a secondary league that is open to up-and-coming squads seeking to qualify for their region's premier league, which it's calling the HGC Open Division. Tournaments every two weeks will feature cash prizes and determine which two teams will get the chance to earn a spot in the league via an end-of-season promotion/relegation event that Blizzard is calling "The Crucible."

The Bottom 2 in each major region's premier league will be sent to the Crucible, where they will fight against the Top 2 from their region's Open Division. The winners will fight on in the next season of league play.

The format reveal follows a prior announcement from Blizzard that an eight-team, offline league would form the backbone of competitive Heroes of the Storm in the game's major regions. 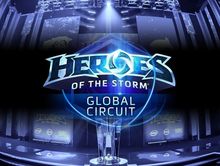 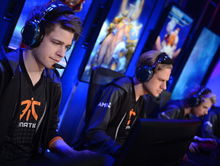 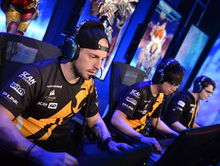 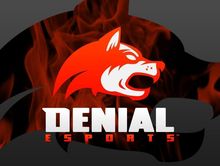 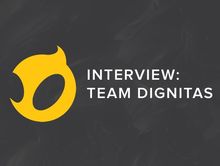 Nov 5 2016
Heroes of the Storm
Atheroangel: 'You go to Korea, you'll practice ...
Advertisement