kioShiMa was benched in October, when FaZe signed Karrigan. However, he has played for the team since April, and was still with the organization as a substitute. jkaem will take his spot as a substitute on FaZe's bench.

"Kio has shown patience, understanding and an incredible work ethic while being benched," the organization stated in a press release. "His fire & desire to win, combined with an increased effort in hours spent practicing, has given him a long term opportunity to fully own his spot on the roster. Jkaem will assume the same position as Kio had in weeks past, given the time to find his motivation to either stay or find a new team."

kioShiMa's first match back with FaZe will be against mousesports in Season 2 of the ECS Pro League on Thursday. 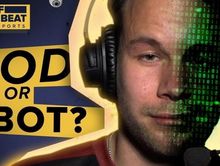 Apr 19
Counter-Strike: GO
The Best, Worst Player Ever: The Enigma of CS:G... 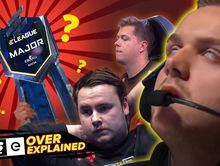 6d ago
Counter-Strike: GO
The Clone That's Trying to Kill CS:GO: The Stor...

22d ago
Counter-Strike: GO
Elders with AWPs: How a Group of Bloodthirsty S...
Advertisement