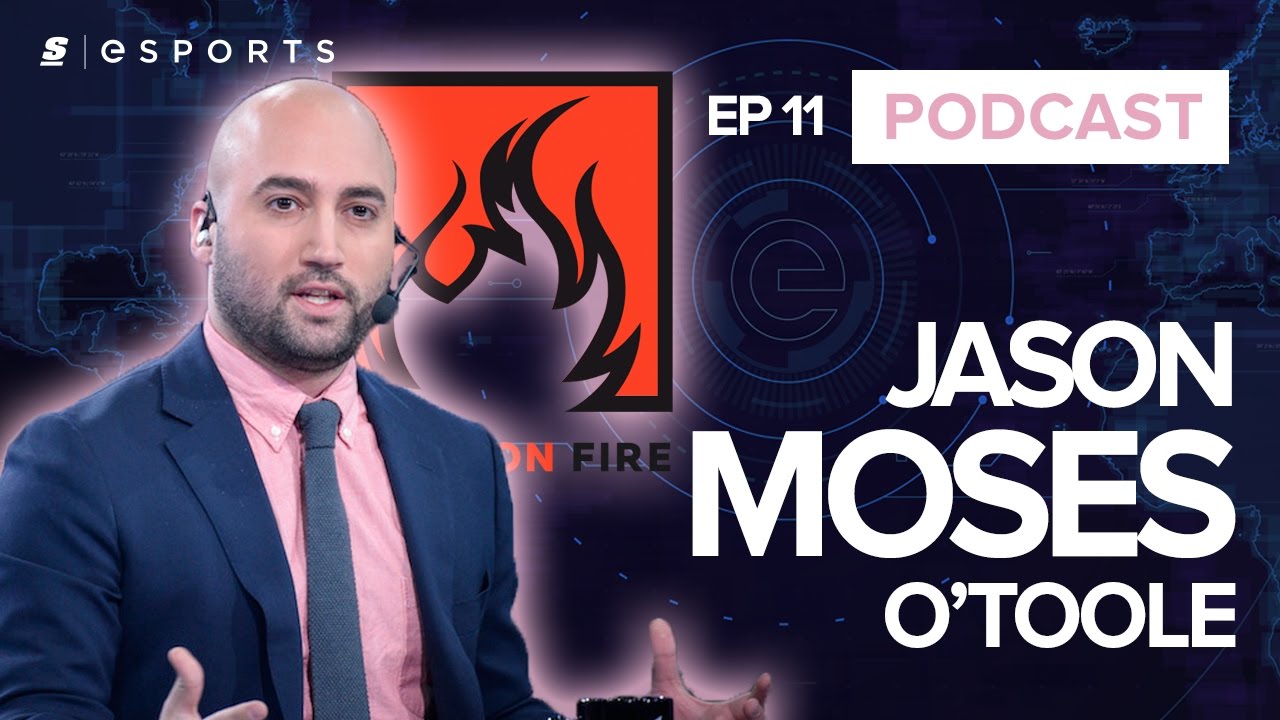 2:02: Hosts Colin, Kyle and Ryan discuss the latest in the Tainted Minds saga
7:46: Moses jumps on, talks caster's freedom to trash talk in CS:GO
11:40: On trying to get a chicken costume worn on-air
12:55: Why is was the right call for Astralis to pull out of ESL One Cologne
17:12: Life as a CS:GO caster, the problem with so many online leagues
19:28: "Who's got the biggest dick?" The over-saturation problem in CS:GO
24:48: The future of CS:GO broadcasts: Improving the production values
30:00: "At some point there could be a bubble" in Counter-Strike
31:45: Why right now is a great time to be a CS:GO fan
34:42: On swag competing at cs_summit: "Play to your heart's content"
36:06: 'It’s almost crazy that they’re careers were just taken away from them'
40:25: Will Valve ever unban the iBUYPOWER crew?
40:58: The impact of CS:GO's China release on the pro scene
43:25: Moses on the Negev buff and temporary price reduction—broken?
45:46: On Machine's theScore esports legendary shoutouts and puns

Permanent ban. It's not a phrase any CS:GO player wants to hear. For former iBUYPOWER player Braxton "swag" Pierce, a casualty of the North American CS:GO match-fixing scandal of 2014, it's one that had "unfair" life-altering consequences, said Jason "Moses" O'Toole.

The CS:GO broadcaster, analyst and host joined theScore esports via Skype on Monday to talk about everything from the Negev buff to Astralis pulling out of ESL One Cologne.

With Beyond The Summit's cs_summit coming up this weekend, Moses shared his thoughts on swag competing as part of Cloud9's roster and the harsh fate faced by players no longer welcome at Valve events.

"Play away, play to your heart’s content," he said in reference to the young American playing with C9. "I’m OK with swag, I don’t mind them playing. I didn’t mind emilio [Joel "emilio" Mako] I think played at Copenhagen Games this past weekend, he’s got a VAC ban."

swag was part of the iBUYPOWER squad hit with permanent bans from all Valve-sponsored events after their involvement in a 2014 match-fixing scandal. Moses told theScore esports Podcast that the lifetime bans those players received came with "unfair" consequences.

"Here's the thing, if you get VAC banned for cheating, you should never be allowed to be in a pro team, a pro career, pro leagues, anything ever again. The match fixing is a little bit of a different story," he said.

"The fact that they put so much time in, I think it’s almost crazy that their careers were just taken away from them, especially considering yes, match fixing is a terrible thing to do, but the severity at the time of how much they made off the match fixing? I think that should have given them leniency," he said.

"It’d be one thing if they were pros right now and they fixed a match and made $200,000 off of it. Then it’s like, 'get the f**k out, you’re done.' But the fact that they played an online match that was, by the way, meaningless in terms of the standings in the league they were competing in, and made like I think $3,000 or something total that was split between all of them."

The former iBUYPOWER team also competed at a time when the stakes were much, much lower, said Moses.

"These are guys who played the game of Counter-Strike and competed at a professional level when being a professional meant almost nothing, where there weren’t salaries in it. Even at the time, not getting salaried and just playing mostly for pride."

More than two years later, an eternity in the world of esports, swag and the iBP crew are still unable to play in high level competitive CS:GO, though some remain popular as streamers or community personalities.

Bringing them back for the occasional competition won't hurt anyone, said Moses.

"Look at what’s been taken away from them," he said. "No pro career is even possible, no involvement in Counter-Strike in anything that involves Valve. They’ve had enough taken from them, I don’t mind seeing them play. In reality since they can’t play in Majors no team is ever going to pick them up permanently so I mean, if a team’s going to be bringing them to cs_summit for one weekend, to Copenhagen Games to play in a PUG there’s no harm done to anybody in that situation."

So, with the North American match-fixing scandal at distant memory at this point will the iBUYPOWER crew ever get unbanned? Not likely.

"As far as I know from having talked to devs at a couple of the Majors here and there, they don’t give it a thought, to be honest with you," said Moses. "They probably haven’t thought about the situation since."

10d ago
Counter-Strike: GO
The Clone That's Trying to Kill CS:GO: The Stor...

a month ago
Counter-Strike: GO
Elders with AWPs: How a Group of Bloodthirsty S...