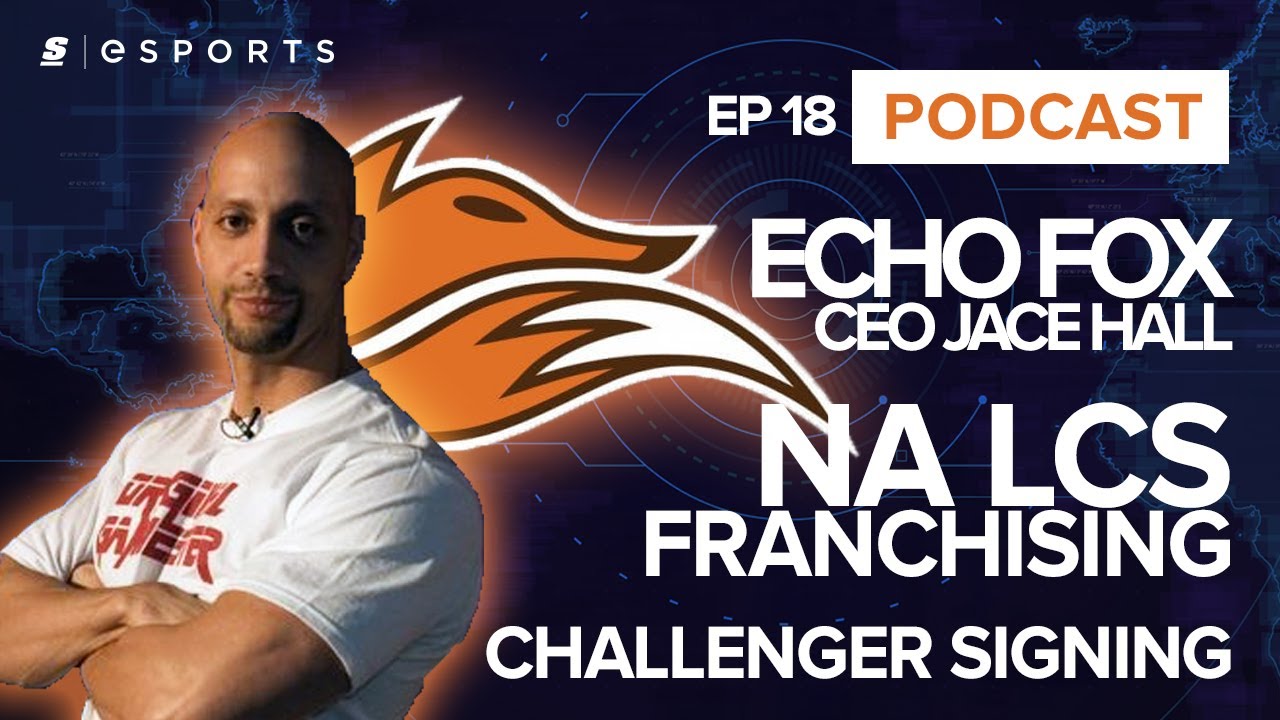 Echo Fox CEO Jace Hall on new Challenger roster: 'The end goal always is to try to win. This is not a joke'

0:49: Jace Hall joins the podcast
6:20: On the "myth" that gamers' skills deteriorate with age
13:19: Why franchising did not impact decisions about the Challenger roster
15:54: On the economic effect of franchising on the LCS
22:05: Why this signing isn't just about the money
26:41: Breaking down assumptions about older players
29:48: Hall's thoughts on challenges Riot faces implementing franchising
33:05: Contrasting a franchised LCS with the Overwatch League
38:01: Why Riot will always prioritize players (they're their customers)
42:31: How will Echo Fox harness the personalities of their Challenger team?

It turns out memes do come true.

If you think the move to sign five streamers who haven’t played competitive League in two years is just a publicity stunt, Echo Fox CEO Jace Hall would beg to differ.

"The end goal always is to try to win," Hall told theScore esports. “This is not a joke.”

With the Meme Team bombshell dropping just a day after Riot Games announced the NA LCS will be moving to a franchise model, The Echo Fox CEO sat down with The Nexus Podcast, theScore esports’ weekly LoL audio and video show, to talk about the Challenger roster, the future of Echo Fox in the LCS and more.

Listen to the entire interview in the video above.

"Challenger Series, to me, is not something that isn't taken seriously," said Hall. "Maybe it's just the competitive gamer in me, but when I sit down to play a game against somebody else, I'm legitimately trying to win. Unless I'm stating up front that I'm trying to teach. Other than that, no. The first and foremost goal is to win. Is for these guys to do their thing. And we, as Echo Fox, are going to do everything they can to support them and help their environment so they can accomplish the goals that they want to accomplish competitively."

It remains to be seen how Echo Fox's Challenger lineup, comprised of superstar streamers away from pro play for years, will match up to current standards of professional play. For his part, Hall is confident the new roster will show that no matter how long you've been gone from organized competitive play, it's still possible to hang with the big boys.

"I personally jumped at the idea of these guys coming back into this space," Hall said. "I think they're super skilled. And for them to demonstrate how that skill stays is a great opportunity, not only for them, but for everybody else who has played a game in the past. Not just League, but any other esport related game that they played, they had to give up and maybe thought about coming back. I think there's a lot to be gained for the culture and community from this."

Echo Fox announced their new Challenger team one day after Riot Games confirmed the move to franchising the NALCS. As previously reported, a few of the criteria Riot are looking for in franchise applications are an org's team infrastructure and their level of fan engagement.

With Echo Fox more than likely vying for a franchise spot, the Challenger roster announcement probably wouldn't hurt their application. But Hall told theScore esports that the timing was merely a happy coincidence.

"I can specifically tell you that our Echo Fox franchising application never came up in my mind or anybody else in senior management's mind when we were talking about doing this," Hall said. "Please understand that our discussions with Riot in regards to franchising and the kinds of things that Riot wants to have as a partner that they're working with in a franchise, that's much more of a measurement who we are as owners, who we are as an organization. And it's less of a measurement of who's on your roster."

Riot's plans to move to a franchise model comes on the heels of the continued development of Blizzard's Overwatch League, which will feature franchises from the very start.

"I don't have enough information about the Overwatch model to make any judgement," Hall said. "The only thing that I have heard is that there is a very large franchise fee associated with getting a franchise. Which I don't even know is confirmed. But if that is the case, that's great, but there's no provided economic model underneath that so a team can actually analyze how it gets that money back. So yes, I would have to say Riot has now laid out a process by which you can figure out those things and that makes it a more attractive thing to look at today because there's actually answers there."