Nine months after announcing the Overwatch League (OWL), Blizzard has revealed the first seven franchise owners and their teams' cities.

The current list of teams features seven franchise owners, but according to OWL commissioner Nate Nanzer, Activision Blizzard is currently negotiating with more investors to expand the league before the beginning of the first season.

"These are just the first seven teams that we've finalized deals with and are ready to announce," Nanzer told theScore esports. "Ever since the announcement of the league back at BlizzCon, we've been having conversations with potential owners all over the world. From endemic esports, traditional sports, tech and media entrepreneurs, really the whole gamut. And this represents the first seven teams that we're ready to announce. We're in active conversation with additional potential owners around the world, including Europe, which is not part of this announcement, and other regions. We hope to have more announcements about additional teams joining before the start of the first season."

There are only two traditional sports executives associated with the OWL right now. Robert Kraft, the owner of the New England Patriots, will own the Boston team, and Jeff Wilpon, COO of the New York Mets, will own the New York City team. Wilpon is also the co-founder of Sterling VC, and the venture capital fund will be part of the operating group, not the Mets. Similarly, the Robert Kraft Group will operate the Boston Overwatch team, not the Patriots.

Three endemic esport teams will also participate in the OWL's first season. Noah Whinston, the CEO of Immortals, will own the Los Angeles spot, Ben Spoont, CEO of Misfits Gaming, will own the Miami franchise, and Andy Miller, chairman of NRG Esports will hold the San Francisco spot.

There will be at least two spots in Asia when the league launches. Kevin Chou, the co-founder of mobile game publisher Kabam will own the Seoul spot, and NetEase, an internet technology company, will own the Shanghai franchise. Kabam is best known for developing the popular mobile game Marvel: Contest of Champions, while NetEase is primarily known in the West for distributing Blizzard games in China, including Overwatch. Chou recently founded KSV, an organization that "owns and manages top Korean esports teams."

The league will not feature a draft process, and will be a "free market" for the time being, Nanzer also told theScore esports. Teams will be allowed to sign any players not currently signed to a roster, while existing teams will not be broken up ahead of the first season. Nanzer also said that there will be no import restrictions on teams. Spoont told theScore esports that Misfits have the ability to retain their current roster.

"We intend to field the strongest possible roster entering Overwatch League, which will include us carrying over and adding as many assets as possible in order to achieve that goal," he said in a statement.

As for the league's format, the press release states that teams will play on Thursdays, Fridays and Saturdays each week, with all games in Southern California during the first season.

Blizzard's press release states that the company wants to move the league to a home and away game system, with each team having a local venue in their city and the ability to profit off of tickets and merchandise. Each team will have a local venue future seasons and Spoont said Misfits' partnership with the Miami Heat will help in that regard.

"We are very fortunate enough to have great partners in the Miami Heat and so we have use of the American Airlines arena which the Miami Heat operate and so we are able to, depending upon the size and scale of the event, use the entire bowl, use part of the bowl, use some of their other related venues at the arena for space," Spoont said. "So for Miami, we are clearly well-positioned with our fantastic partner."

Nanzer noted that the schedule and format might change for those seasons, given that teams will have to fly to Asia and potentially Europe.

"I think from a logistics standpoint, we view that challenge as a real opportunity to get esports played in more places around the world and give fans an opportunity to engage with content live and connect with other members of the community," Nanzer said.

"We definitely are going to take steps to ensure that players don't spend half of their lives on planes back and forth. As the league grows and we add more teams and regions, that will also open up more possibilities for scheduling."

Teams will have profit sharing in place from day one, according to Blizzard's press release. Teams will receive an equal share of the league's net revenue and keep local revenue earned from ticket and merchandise sales up to an unspecified amount each year. A percentage of money earned above this revenue cap will be sent to the league's shared revenue pool.

Additionally, teams will be able to monetize up to five amateur Overwatch events in their home market each year, and 50 percent of revenue earned from the sale of Overwatch League affiliated items in-game will go into the shared revenue pool.

The Overwatch League still does not have a set start date, but Nanzer told theScore esports that it is still scheduled to begin later this year. 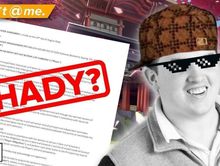 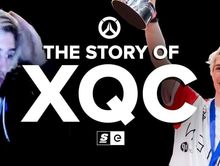 6 months ago
Overwatch
The Story of XQC 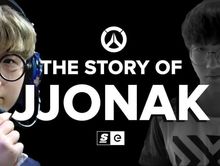 7 months ago
Overwatch
The Story of Jjonak 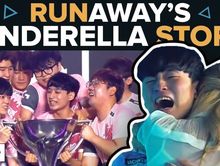 8 months ago
Overwatch
How RunAway Overcame Every Odd to Become the Ti... 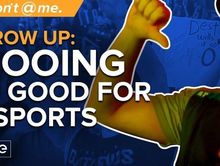 9 months ago
Overwatch
Grow Up: Booing is Good for the Overwatch Leagu...
Advertisement