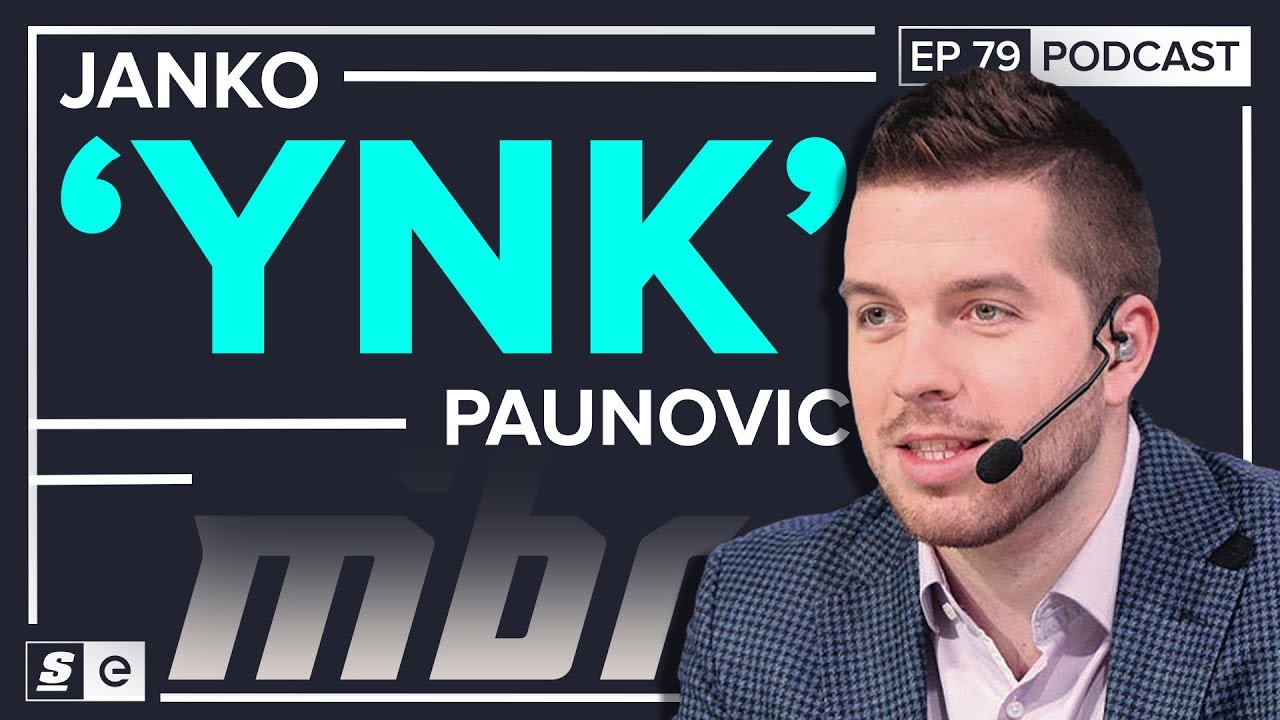 Janko 'YNk' Paunović: 'I think Astralis are playing the best Counter-Strike that has been played ever since CS:GO came out'

Janko "YNk" Paunović is a former professional Counter-Strike player who recently gave up his job as a respected analyst-for-hire for a coaching position at MIBR.

He joined theScore esports Podcast to discuss his move from the analyst desk to the coach's clipboard, CS:GO's smothering abundance of events these days, and why he thinks Astralis is playing the best Counter-Strike since CS:GO's release.

For the last three years, YNk has been widely regarded as one of the most capable and insightful analysts in professional CS:GO. In August, he gave up his seat at the analyst desk to coach MIBR.

He told theScore esports the competitive challenge of coaching was exactly the change of pace he needed, with some tournament organizers demanding more and more from talent without fronting the compensation or benefits to match.

"Talent have a lot of things behind the scenes that they struggle with that people don't really see because people are professionals at the end of the day," he said. "They go out and do their job, but there are things that are super frustrating that people have to deal with from one tournament to another. I'm not sure when it's really going to get better in that regard."

Professional CS:GO is known for having an especially hectic tournament schedule. Players, talent and fans have long complained about being stretched too thin by the sheer number of back-to-back competitions. With two major LAN events beginning just days after the London Major, and online leagues starting up not long after, the former iNation player didn't mince words.

"I think it's borderline stupid, at this point," YNk said.

"Not necessarily events, more so the online leagues. It's a conversation that's been had many times, and I think what you're going to see in the near future, probably from the start of next year, is some of the tier-one teams start to play only one league and start skipping more tournaments because it's just unsustainable."

In an August interview with HLTV, YNk said he would re-evaluate his position with MIBR at the end of September. As things currently stand, the Serbian coach says he plans to be in it for the long haul.

"I think we did a lot of good work in the past two months" he said. "I really enjoyed working with the players. Even through the ups and downs it's been a lot of fun for me. I think we got the foundations in place, but now it's about building the really important stuff and doing things that I think would enable us to really start our way of getting back to the top, being the best team in the world, and that's going to require some commitments, maybe, from the players or agreeing to do some things a little bit differently.

"My expectation is that things will go pretty smoothly and, in the next week or two, [I'll] have a new contract signed until the end of the Katowice Major."

YNk also mentioned that he'd turned down coaching offers from, among other teams, FaZe Clan. With disappointing results during and after last month's London Major, YNk's ex-teammate, Nikola "NiKo" Kovač, has officially taken the reins as the team's new in-game leader. If it had been up to YNk, however, a more drastic step would have been taken.

"I think, at this point, FaZe needs to make a roster change," he said.

On the subject of teams packed with star power who manage to operate as a cohesive unit, YNk shed some light on what it is that makes CS:GO's current top team, Astralis, seemingly unstoppable.

"They are playing the percentages," he said. "They're giving themselves the most chances to win the game. They're not playing to win every single round, they know when to cover their losses and fall back and play the next round. That's why you see Astralis almost never lose a game.

"I think Astralis are playing the best Counter-Strike that has been played ever since CS:GO came out."

6d ago
Counter-Strike: GO
The Polite Killer Who Became the Clutch King of...