The move is the latest in the North American roster shuffle, which has so far seen a number of amateur teams form but no acquisitions by major organizations yet.

The Kappa Wolves have been a longtime presence in the North American competitive scene and made an appearance at the Top 8 of the August North American Open, though they did not qualify for BlizzCon.

Panda Global's previous Heroes of the Storm roster disbanded in mid-October, forcing them to withdraw from their participation in the HTC Heroes Brawl.

But the acquisition of Mike "MichaelUdall" Udall, Stefen "akaface" Anderson, Harrison "psalm" Chang, Josh "bkid" Choi and Sammuel "bigempct" Hua shows that the PG organization is committed to making a lasting impact on the competitive scene.

In an interview with theScore eSports, Alan "SamuraiPanda" Bunney, CEO of Panda eSports LLC, confirmed that the team's dedication was a big part of why they decided to go with the roster after their previous team decided to call it quits.

"Kappa Wolves was the longest surviving cores in the Heroes competitive scene," he said. "Their members have been playing Heroes since the beta and have consistently shown their incredible strength in many different tournament settings. After many of the players from our former team decided that competitive Heroes of the Storm wasn't for them, we realized how important dedication and passion for the game itself really is for a professional team," Bunney explained.

They began negotiations with the roster after a recommendation from the team's manager, Taylor "Barcode" Gibson.

"He let us know that this was the strongest roster available and from our previous team's dealings with them we knew this was true," SamuraiPanda said. "On top of that their captain, bigempct, was someone we were looking at closely when a position popped up in our last team. The combination of those two made us take a hard look at Kappa Wolves for our new Heroes roster."

The team has experience in the collegiate-level Heroes of the Dorm competition, where current members Udall (melee/flex) and akaface (support) played for second-place Arizona State University.

Udall has a proven track record with a number of melee assassins, and often plays the second warrior for the squad when required. He left the team in June and played with a number of other amateur rosters for almost two months before returning near the end of July.

psalm has a similar history, as he was part of the roster in April but left, spent time with a number of teams including Team Blaze, and eventually found his way back to the roster at the end of August.

bkid, who joined the squad in October, also reached the Top 8 twice as part of Pool Plato Some Tangos where he earned accolades for his impressive Muradin play. He also has a past in competitive Heroes of Newerth with his time on compLexity Gaming. Despite his past at the warrior position in Heroes, bkid has since transitioned to a more traditional assassin/flex role with Kappa Wolves.

bigempct is a former Challenger League of Legends player who has shown considerable skill at the assassin position and remains a key part of the roster as the team captain.

Besides their previous roster, Panda Global has become known in the Heroes of the Storm community for their Twitter account, which keeps track of team matches, posts animated GIFs, and interacts with the fans.

"When we set out to create Panda Global we wanted people to know that we are unique in the current landscape, and one element of that is we can still have fun while staying professional," SamuraiPanda said. "Interacting with our fans is incredibly satisfying to us and is something we hope to continue no matter how big we become in the future!"

As for the organization, SamuraiPanda explains that it's important that the future features a Heroes of the Storm team.

"Panda Global believes strongly that Heroes of the Storm has a bright competitive future. And we are determined to put ourselves among the top Heroes teams for the future!"

Stay tuned to theScore eSports for an exclusive interview with the new Panda Global roster. 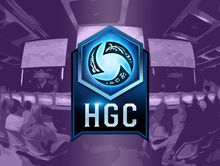 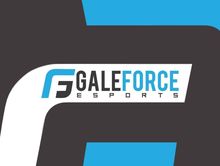