Evolution Championship Series tournament organizer Joey "Mr. Wizard" Cuellar has announced that due to a system error, the attendance numbers he announced last week were a little smaller than they really are.

The rest of the increases are a little smaller, with Pokken Tournament, Guilty Gear Xrd -Revelator- and Ultimate Marvel vs. Capcom 3 each seeing less than 20 extra entrants, while Mortal Xombat X, Tekken 7 and Killer Instinct each got boosted by less than 10.

Either way, the biggest fighting game tournament in the world is getting bigger, even when no one expects it. 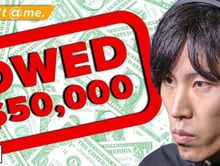 12d ago
General
How Siege's Greatest Prodigy Created a Cult of ...