Roolf to play for Team Canada at Overwatch World Cup

After a tweet early Thursday, Roolf confirmed to theScore esports that he would be starting for Team Canada when they participate in the international tournament at BlizzCon.

Roolf said that he learned shortly before leaving for the Overwatch Open that Whiz had stopped responding to requests for documentation, and that he would be next in line for that spot.

"My reaction was one of hope but at the same time I didn't want to get too excited because I didn't think something like that would actually happen," he said. "[Team captain Lane "Surefour" Roberts] and a couple others knew what was going on and told me about the possibility."

After the Overwatch Open — where Method managed to turn heads with some strong play — that possibility became a reality.

Roolf now finds himself a crucial part of Canada's roster heading into the event. Though there is no prize pool at the Overwatch World Cup, the fans will be watching, and national pride is certainly on the line.

"Being able to represent Canada means a lot to me, I want Canada to have the best showing possible and I think with me being on the team only strengthens the roster," he said.

He joins a team that features not only a strong DPS lineup with Cloud9's Lane "Surefour" Roberts and Team Liquid's Andrew "iid" Trulli, but also StarCraft 2 professional and Overwatch analyst Chris "HuK" Loranger.

"Surefour is without a doubt the star of the roster, iid is also a very strong member of the team so I think the DPS role is where the team excels in at the moment," he said.

Team Canada, like all of the World Cup teams, was selected by regional fan voting. Fans were able to cast a ballot for four of the eligible players. After the votes were counted, the team captain selected the final two players to round out the roster.

The Overwatch World Cup will get underway first during BlizzCon Opening Week, where the group stage matches will be played from Oct. 29-31. After that, the remaining eight teams will move on to the big stage at BlizzCon itself.

Josh "Gauntlet" Bury needs to get his moose taken in for a tune-up. You can find him on Twitter. 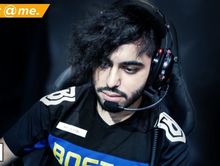 2 months ago
Overwatch
This Pro Has Been Accused Online of Sexual Misc...

25d ago
General
He Went Through Hell to Conquer Valorant