The New England Patriots owner Robert Kraft and the Los Angeles Rams owner Stan Kroenke were spotted at BlizzCon sat beside Activision Blizzard CEO Bobby Kotick, in a photo posted on Twitter by USA Today's Brett Molina. Also spotted on the very right side of the picture is Cloud9's CEO Jack Etienne.

According to Molina's Tweet, the American Football team owners were there to talk about Overwatch, though nothing has surfaced about the intimate details of those supposed talks. However, this appears to be one of the first instances of the NFL dipping their toes into the esports market. Though it's not the first association between the NFL and Activision as the chairman of Activision Blizzard's Media Networks division Steve Bornstein, pictured above on the far left, was a former NFL Network executive.

The NFL are decidedly late to the esports party as numerous teams, players and personalities from other traditional sports industries have already dove headfirst into the growing field.

The NBA has the biggest presence in esports currently as Echo Fox is owned by three-time NBA Champion Rick Fox, who often butts heads with former L.A. Lakers teammate Shaquille O'Neal, who has invested into NRG eSports. The Philedelphia 76ers have acquired and merged Team Dignitas and Apex Gaming, while the controlling interest of Team Liquid was sold to an investment group featuring Magic Johnson and other NBA owners.

Meanwhile, European football clubs have also invested in esports, such as Bundesliga team FC Schalke 04 acquiring a spot in the EU LCS (though they have since been relegated to the Challenger Series for spring 2017), while Paris Saint-Germain's esports division is helmed by renowned League of Legends retiree Bora "YellOwStaR" Kim.

Numerous clubs have picked up FIFA esports players, such as AS Monaco FC, River Plate and Manchester City. And, French football's governing body has partnered with EA Games to form a FIFA-like league dubbed e-Ligue 1.

Dennis "Tarmanydyn" Gonzales is a news editor for theScore esports who enjoys whiskey, D&D and first-picking Abaddon Slardar Clinkz Medusa Oraclea P90 my Souvenir Negev Discipline Priest. You can follow him on Twitter. 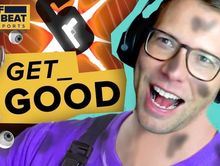 2 months ago
General
The Controversial Grind That Turned a Panda int...
Advertisement