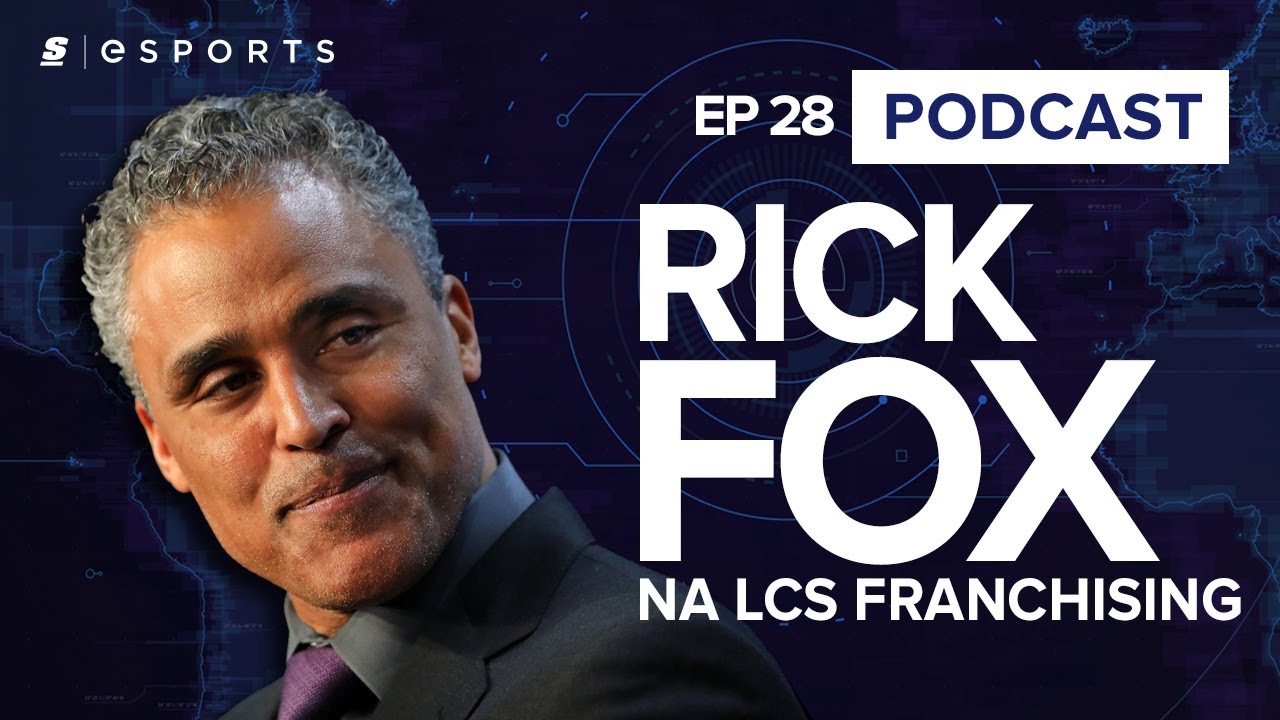 Echo Fox owner Rick Fox: 'In no way do I look at the time there in Challenger with Delta Fox as having been a failure'

1:13 Rick Fox joins the podcast, talks birthday celebrations
2:32 Echo Fox "beyond interested" in getting a franchise NA LCS spot
6:35 Rick Fox rates his team's chances of getting a franchise spot
11:35 What Echo Fox players do when they're not competing or practicing
15:10 Why Echo Fox invests in smaller esports, like H1Z1
17:29: Is the Delta Fox 'Meme Team' roster a failure?
21:40 Top banter from podcast hosts Colin, Gabe and Ryan

As both Riot Games and Blizzard Entertainment prepare to debut their own franchised esports leagues, theScore esports Podcast brought on Echo Fox owner and former NBA star Rick Fox to discuss franchising in esports, the growth of his team in their second year, and the competitive future of their controversial Challenger team, Delta Fox.

The Echo Fox founder is currently overseeing his organization's NA LCS franchise application, the deadline for which is July 28. And though he was not able to share details on the application process or what he believed to be Echo Fox's chances at securing a coveted franchise spot, Fox highlighted the two seasons spent competing in the NA LCS as a strong argument for their joining.

"I would say it's safe to say that we're beyond interested," Fox said. "We've been apart of the LCS now for two seasons and four splits, figuring out our footing when it comes to the competitive side. But as for our commitment to wanting to be a part of this partnership between us and the selections they make in the coming months, we are definitely making an application and we look forward to seeing the results."

Beyond the LCS, Blizzard is closing in on the launch of their upcoming Overwatch League. With seven teams announced so far, Fox did not say if his organization was looking to enter Overwatch, but did note that it is something that they will keep a close eye on.

"We have it on our board," Fox said. "We pay attention to all that is coming down the pipeline and Overwatch has been an amazing game that's hit the market and people have responded to it positively, they enjoy playing the game."

With both LoL and Overwatch moving towards franchising, Fox speculated on the future of esports, comparing the upcoming OWL and franchised NA LCS to his experience in the NBA.

"I don't think it's a detriment to a league or to esports as a whole," he said of the franchising, city-based model. "I think the debate is, will it in any way expand everyone's interest, or loyalties maybe, because in traditional sports there's loyalties to the Dodgers, the Lakers, the Rams, teams that represent the region. But I will tell you that having been a part of successful brands from the Lakers, the Celtics, as part of my playing days, yes they may have resided in Los Angeles or Boston, but in no way did we travel to a city where we did not fill a quarter of the arena with Lakers or Celtics fans."

While Echo Fox is preparing for LCS franchising, the future of their NA CS team Delta Fox is less certain. With a new roster composed of former League players turned streamers, the Delta Fox 'Meme Team' finished the summer split with a 0-10 record. Despite the poor showing, Fox emphasized the team's goal was always to win, and that he does not view the team's performance as a failure.

Related: Echo Fox CEO on Challenger roster: 'The end goal always is to try to win. This is not a joke'

"In no way do I look at the time their in Challenger with Delta Fox as having been a failure this year," Fox said. "I think what we've accomplished is we've had great players reengage with League and the desire to compete, and to compete at a high level. And while the record may not show it, I have to think that it has reignited their competitive fire."

Having said that, Fox said he is hopeful for the future of Delta Fox, and he thinks that the players may not be able to escape the call of competitive play.

"It's always a two-way conversation," Fox said. "I'm sure we'll all sit down as an org and reassess moving forward and together. As far as I'm concerned they've been great to work with. I don't know of their experiences at this point, but like I said that's something we'll reevaluate. I have to think that they're competitive in nature, and it's going to be hard to leave that behind now that they did not have the result they were maybe hoping to have."