This Week in Gaming: StarCraft remastered gets a release date, guessing at Hearthstone's next expansion & Waka Flocka at DreamHack

What can I say, we’re suckers for new Hearthstone content. So when all-mighty Blizzard announces an announcement of an announcement for their highly-addictive-and-even-more-expensive virtual card game, you can bet that the men and women at theScore esports are frothing at the mouth for more info.

Admittedly, we know next to nothing about the new expansion and won’t until late next week. But Blizzard did grace us with a mysterious image that features a number of silhouettes staring back at us form within the Inn and our resident Warcraft expert Josh Bury thinks that he knows the identity of these figures.

Is he right? Who knows... it's not like we're saying his job is on the line here or anything. Then again, we didn't not say that.

Up until Thursday, I thought that I was one of the only people who still listened to Waka Flocka Flame on a consistent basis. I was wrong. DreamHack announced that the “Hard in the Paint” artist would be performing live at DreamHack Atlanta.

Honestly, there’s not much to say about this other than the fact that it oozes an insane amount of awesomeness. So with that said, we’ll leave you with one of my personal favorite Waka songs.

There are very few esport tournaments that go on without a hitch, whether it be technical difficulties or logistical problems. And to their credit, PGL’s Major Offline Qualifiers have run very smoothly, with one small issue: reportedly small desk space.

Come on guys, everyone knows AWPers and riflers alike need ample desk length to secure their headshots. I mean, have you seen pro CS:GO players' mouse pads? They're huge.

With all that said, there are a few features that PGL included that we hope become staples in the scene for years to come. Namely, this sweet set up they have for coaches.

Look, I’m all for making silly impulse buys, but I usually draw the line at $150. Ok, maybe $200 if it’s something that I really want. What I won’t do, though, is spend that kind of money on a 19 inch statue.

Don’t get me wrong, I have no doubt that this glorified paper weight D.Va statue will be beautifully sculpted and bring tons of joy to fanboys everywhere, but can you really justify spending $450 on it? If you can, then you’re either: an Overwatch fan of epic proportions, rolling in more skrilla than you know what to do with, or insane.

Personally, I’m just going to assume the latter. Every. Time.

The original StarCraft’s hotly anticipated release finally has a date attached to it that was released alongside a wicked video announcement. So why haven’t you clicked the play button already?

StarCraft Remastered is set to come out on Aug. 14 and our wallets are already crying. 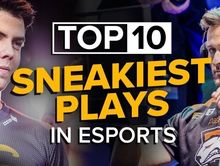 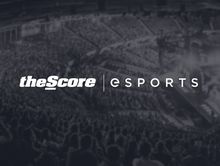