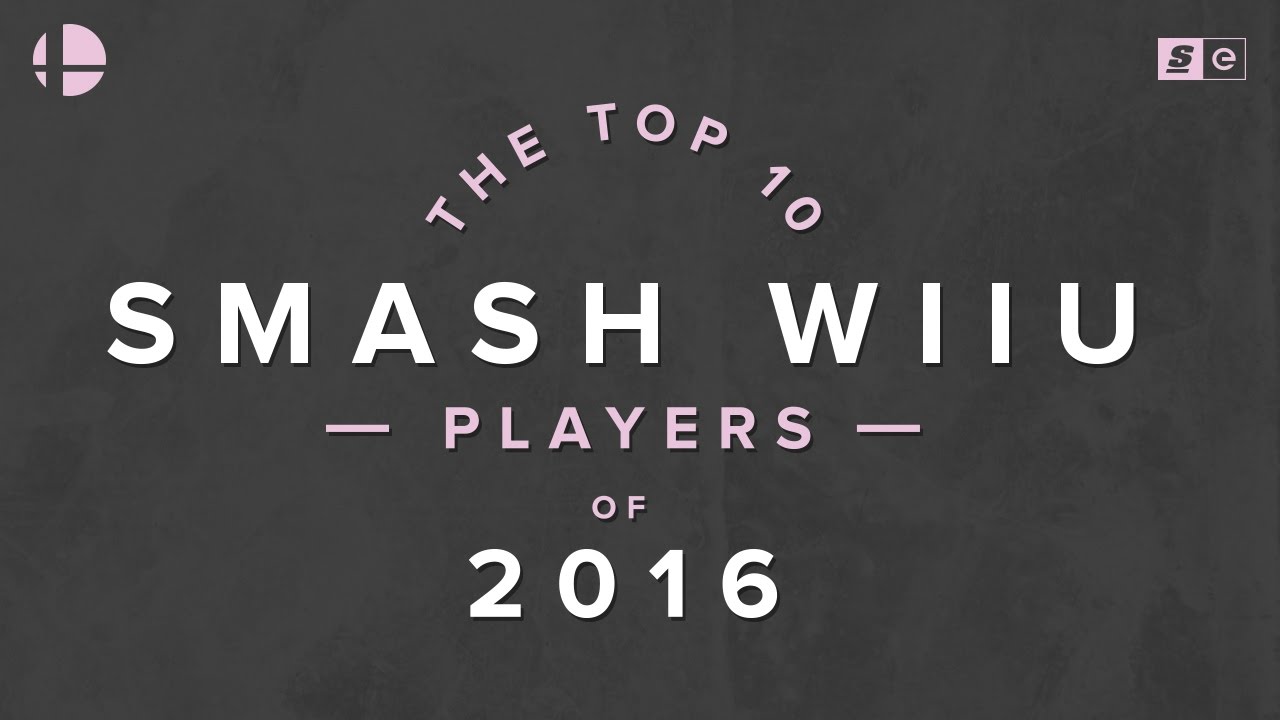 2016 was a big year for Super Smash Bros. for Wii U, and the hype is only growing for 2017 with the recent announcement of the $100,000 2GGaming Championship Series. As the year draws to a close, theScore esports' Daniel Rosen takes a look back and lays out his picks for 2016's top performers.

10. Jason "ANTi" Bates - ANTi hasn't won a major since CEO, but there's no denying his skills (or that CEO entrance). The win at CEO wasn't bracket luck, it was the result of a deep character pool, clutch play and clever strategies. He's one of the smartest players in the game right now, and you can bet that even his Charizard gets the practice it needs to be a real pocket pick against some of the best players in the scene. The man already has it all.

9. Leonardo "MKLeo" Lopez Perez - Meming on Keitaro aside, Leo is the best smasher in Mexico, and he's quickly becoming one of the best in the world. He's had his missteps, but he's beaten Ally and Nairo, and the rest of the Top 10 PGR players are on his list too. First at Shdowdown, Smash Factor 5 and Canada Cup, third at KTAR XIX and fifth at GOML, Leo's Marth is climbing the ranks and bringing Melee's favorite swordsman to new heights in Smash 4.

8. Ramin "Mr. R" Delshad - VoiD and Mr. R are basically tied up as the best Sheiks in the world, but being the best player in Europe has its downsides. Mr. R doesn't travel as much, which means that he slips more internationally than other players. But fourth at Pound, fifth at CEO, second at WTFox 2 and fourth at TBH6 still put him in the running as one of Smash 4's few truly consistent players. If he's taking wins off Ally now, who knows who's next on his list?

7. James "VoiD" Makekau-Tyson - Forever fourth, but VoiD falls seventh on this year's Top 10. He may not be winning majors, but he's a consistent Top 8 player in an era where that's getting rarer and rarer, on top of having the best Sheik combos in the game. Fourth at EVO, SSC 2016, Umebura 25 and 5th-6th at UGC Smash are solid results for a player who is finally hitting his tournament stride.

6. Larry "Larry Lurr" Holland - Donkey Kong and Fox seem like a weird combo, but it just keeps working out for SoCal's top smasher. He doesn't get big, flashy wins, but he's always there in Top 8, and usually Top 4. Second at Abadango Saga, first at Mexico Saga, third at GOML and seventh at EVO — Larry is the best Fox in the business, and like pretty much everyone else on this list, ZeRo is really the only person consistently above him.

5. Samuel "Dabuz" Buzby - Quiet and consistent is the Dabuz story from Day 1. Like Larry Lurr, Dabuz's wins aren't big or flashy, but he always goes home Top 8. Second at Umebura SAT, SSC 2016 and Genesis, third at CEO, fifth at TBH6 and seventh at EVO might not put him in the running for Top 3 in the world at this very moment, but Dabuz ain't going anywhere.

4. Yuta "Abadango" Kawamura - Abadango made history at Pound by being the first Japanese smasher to win an international tournament on American soil, and he's kept up his pace. The first player from Japan to sign with a Western org and the first great Mewtwo main, Abadango has put up results this year that speak for themselves: first at Pound, fourth at CEO, fifth at EVO and second at UGC Smash. He's Japan's greatest smasher, and ZeRo is the last pro on his list.

3. Nairoby "Nairo" Quezada - Everyone from fourth to tenth may as well be a toss up, but Nairo still deserves his spot in the Top 3. Fourth at UGC Smash, fourth at KTAR XIX, seventh at TBH6, third at Abadango Saga and first at SSC 2016, the back half of Nairo's year has been amazing, after a beginning and middle that were mostly quiet for the first man to beat ZeRo. But he's standing on the podium again, and he just has Ally between him and ZeRo now.

2. Elliot "Ally" Carroza-Oyarce - The EVO 2016 champion has had a long road to glory, but this year he achieved something that wasn't thought possible a year or two ago: consistently beating ZeRo. The two haven't faced off in a few months, but during those months when ZeRo wasn't on top, Ally was. He was first at EVO, GOML and Smash 'N' Splash and of course, first at the Rio de Janiero eGames, where he became the first ever esports Olympian. Ally may have fallen a little at the end of the year, but you can't take away EVO.

1. Gonzalo "ZeRo" Barrios - The King of Smash 4 remains upon his throne despite some challenges to his authority this year. After falling from grace in the spring, ZeRo took it upon himself to become the god of Smash 4 he was in 2015. With seven tournament wins towards the end of the year, including wins at The Big House 6, Shine, UGC Smash and 2GGT: Abadango Saga, there's no denying that ZeRo's new, defense-oriented style is the best in the scene right now. He dipped from the top for a brief moment in the middle of the year, but there was no one better in 2016 overall.

Editor's note: This list was finalized before 2GGT: ZeRo saga.

9 months ago
Super Smash Bros.
How a Diss Track Led to Esports' Most Humiliati...

Jan 20 2019
Super Smash Bros.
What is Waluigi? Why the Smash Community Embrac...
Advertisement